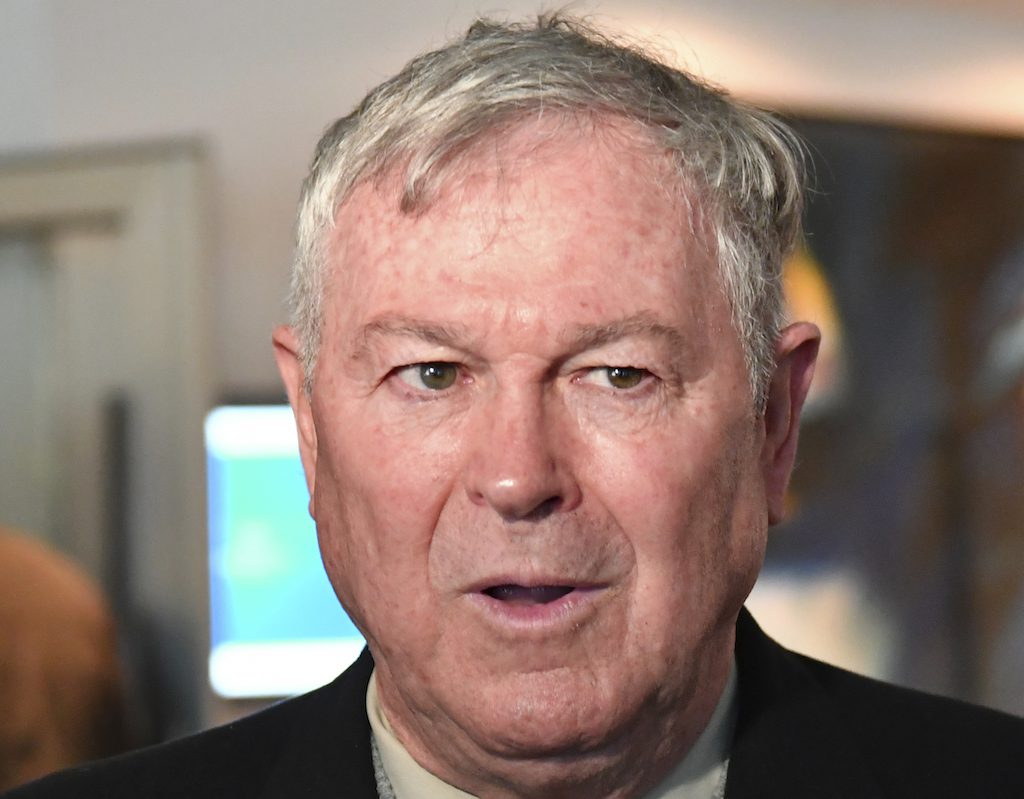 Now, the Republican congressman is angling to be the chair of the House Science, Space and Technology Committee if Republicans maintain control of Congress after November, according to Roll Call.

Rohrabacher and Rep. Randy Weber (R-TX) are positioning themselves to replace the retiring Rep. Lamar Smith (R-TX) as head of the committee. Rohrabacher's spokesperson points to his previous experience chairing several of the Science Committee's subcommittees as one reason the 15-term lawmaker should gain the top spot.

But Rohrabacher's record on science and the environment is one full of denying facts and insulting environmentalists.

In 2008, during a speech where he lambasted the "onslaught of nonsense being foisted upon humankind in the name of man-made global warming," Rohrabacher went on to suggest "dinosaur flatulence" may have been responsible for previous changes in global temperatures.

As recently as 2014, he was still clinging to the notion that the scientific consensus on man-made global warming is a "hoax."

Karen Coyne, an environmental activist in Rohrabacher's district, is not a fan of his actions. In an interview with SoCal Daily, Coyne brought up the fact that Rohrabacher has accepted more than $100,000 from the oil and gas industry as the reason he is such a big supporter of their interests.

"It doesn't take a brain surgeon to figure out what is going on," she said.

After the 2016 election, Coyne and other constituents started hosting "Tuesdays with Rohrabacher," where they would meet outside his district office in hopes of discussing issues. The group eventually changed its name to "Tuesdays without Rohrabacher," since he never showed up.

Rohrabacher has made his feelings toward environmentalists well known. In addition to blaming those who care about the earth for the lack of offshore oil drilling, he once referred to environmentalists as "the worst liars in the world."

After decades of denying science and insulting those who want to use science to reverse the impact of climate change, Rohrabacher is hoping the Republican Party rewards him with the top spot on the only committee with "science" in the title.