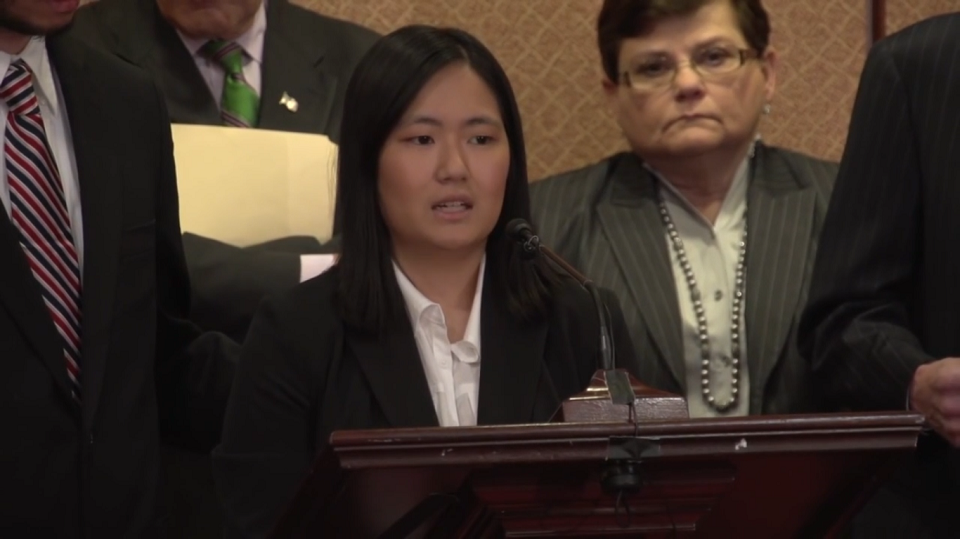 YouTube/SenateDemocrats
Get The American Independent in your inbox

Judge Neil Gorsuch ruled a teacher with cancer had to return to work during a flu outbreak. In advance of the confirmation hearings, her relatives are opening up publicly about the effect that Gorsuch's ruling had on their family.

Republicans and the Trump administration are quickly developing a disturbing reputation for siding against cancer patients.

That pattern was made even more starkly clear as family members of a deceased cancer patient spoke out against Judge Neil Gorsuch, Trump's nominee to fill the Supreme Court vacancy that was stolen from President Obama.

The late Grace Hwang was a professor at Kansas State University when she was diagnosed with leukemia. After a six-month paid leave from work, Hwang's doctors told her that returning to work during a flu epidemic on campus would pose a serious risk. But the university refused to extend her leave, or to allow her to work from home until it was safe for her to return.

Gorsuch ruled against Hwang in a discrimination suit, and also dismissed her claim for retaliation when the university refused to hire her to other positions for which she was qualified.

At a press conference this week, Hwang's daughter, Grace, spoke out with noticeable emotion about Gorsuch's decision:

When Judge Gorsuch issued his ruling, he didn't think about the impact that this had on our family. Our only source of income was lost. We had to rely on loans from friends, disability, and jobs my brother and I had. With my mother's medical bills and our regular living expenses, we became financially burdened.

The law calls for reasonable accommodation for those who are disabled. In his ruling, Judge Gorsuch said that "showing up was an essential part of the job," and that "employers should not become a safety net for those who can't work."

However, what my mom was requesting wasn't a "safety net" — it was extra time for her body to be healthy. She had shown up for 15 years, and wasn't offered the opportunity to teach from home. This ruling was upsetting to me personally, not just because of my mother's case, but as a person with limited physical abilities. This ruling set the precedent that a company's needs come before those who are disabled. Such rulings are what weaken my faith in the justice system.

Democrats will have an uphill climb blocking Gorsuch's confirmation, but stories like Grace Hwang's will provide them with a firm basis upon which to question Gorsuch.

If nothing else, the process will help to drag this administration's morally bankrupt priorities further into the light.