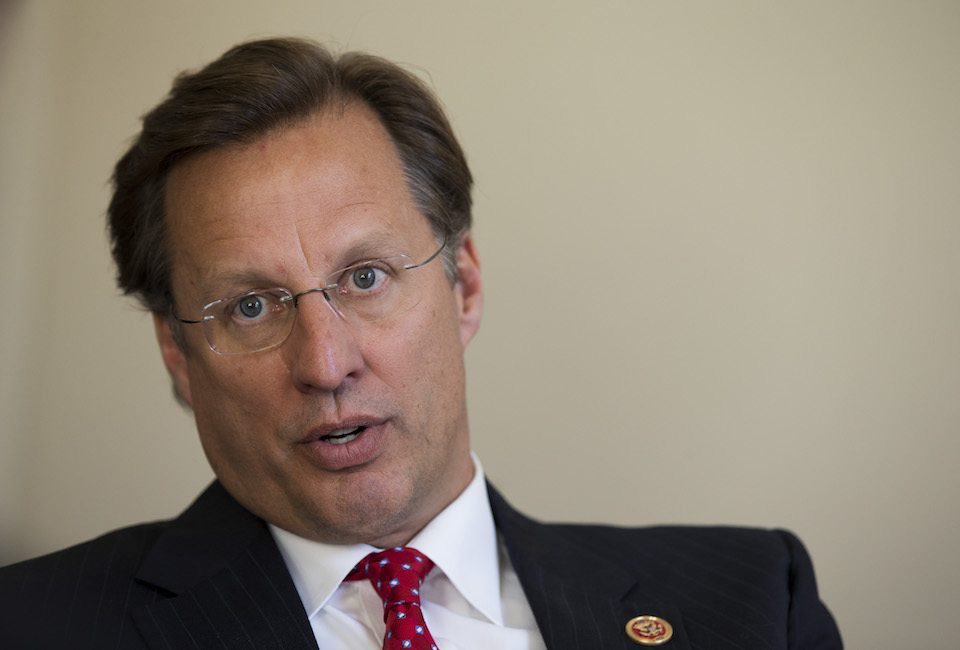 Republican Dave Brat couldn't stop complaining about his constituents. After they fired him on Tuesday, he won't have to worry about them anymore.

Rep. John Marsh was the last Democrat to represent Virginia's 7th Congressional District, located just outside Richmond, and he retired in 1970. After almost 50 years in GOP hands, voters rejected Brat's far-right fringe ideology, replacing him with Spanberger, a Democrat and former CIA officer.

Cantor was so humiliated that he didn't even finish his last term, slinking away in August 2014.

Once in Congress, Brat ran to the extremes of an already far-right Republican Party. Brat "aligned himself with the Trump agenda on tax cuts and other issues, regularly defended the president, and criticized the investigation of Russian interference in the 2016 election by special counsel Robert Mueller," reports the Richmond Times-Dispatch.

When he wasn't shilling for the Trump agenda, Brat spent a considerable amount of time whining about his own constituents.

"Since Obamacare and these issues have come up, the women are in my grill no matter where I go," Brat said in early 2017. A loyal Trump acolyte, Brat voted for the Republican health care plan to gut the Affordable Care Act, or Obamacare.

Brat was apparently surprised that women (and men) don't want Republicans to take away their health care, especially protections for individuals with pre-existing conditions.

During the 2018 campaign, Brat played down the concerns of incarcerated recovering drug addicts by making it all about himself.

"You think you’re having a hard time, I’ve got $5 million worth of negative ads coming at me," Brat told the woman. "How do you think I’m feeling? Nothing’s easy. For anybody."

Like his idol Trump, Brat makes every issue about himself.

But there is good news for Dave Brat.

Moving forward, women will no longer be in his grill, and no one will run ads against him.

Instead, Spanberger will be the one in Congress, fighting for everyone's health care and adding her voice to a growing Democratic majority.