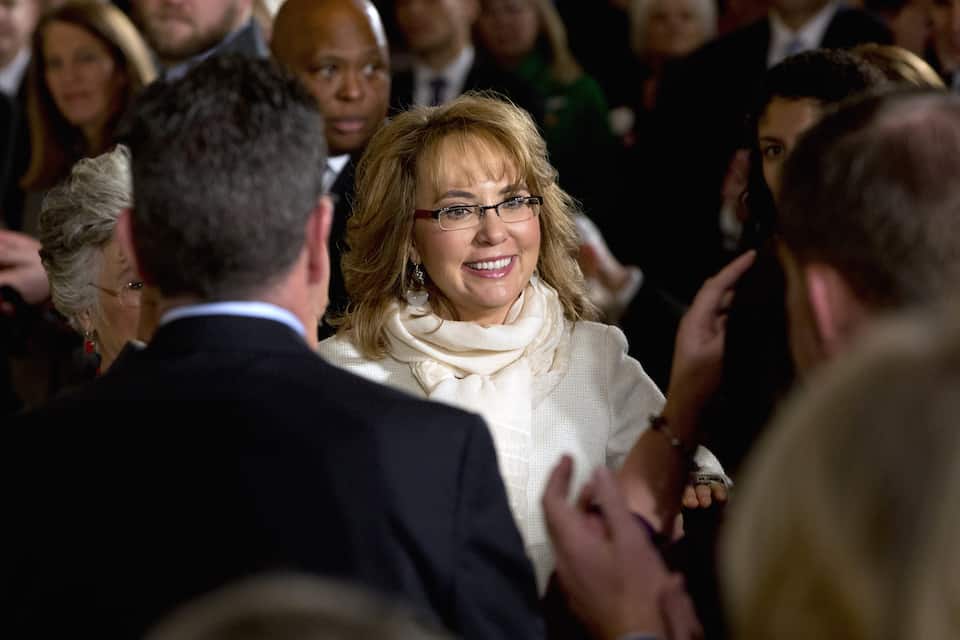 America has a history of standing united in the face of horrific events. Town halls remain a hallmark of our democracy, and we need to keep that tradition going — especially in the face of tragedy.

On a Saturday morning in early January 2011, Rep. Gabby Giffords was meeting with constituents outside a grocery store in Tucson, Arizona.

The event was brutally interrupted as gunshots rang out, killing six people and sending Giffords to the hospital with a bullet wound to the head.

Six and a half years later, a group of Republican representatives were enjoying a sunny morning on a baseball field in Alexandria, Virginia. As they were practicing for the annual Congressional Baseball Game, shots rang out and shattered the idyllic scene. Five people were shot, including one member of Congress, Rep. Steve Scalise, and two Capitol police officers.

In both cases, the country and the government came together. Only two days after Giffords was shot in the head by a madman, her staff opened their offices on Monday morning, welcoming constituents and serving the people.

And in the immediate aftermath of the Alexandria shooting, Speaker Paul Ryan gathered the members of the House to declare, "We are united. An attack on one of us is an attack on all of us." After a standing ovation, Minority Leader Nancy Pelosi rose to echo the same sentiment of unity and solidarity.

America is not new to tragedy.  The Greatest Generation can remember where they were when they heard that President John F. Kennedy was shot. Civil rights activists and many others remember the day when shots rang out in Memphis and took the life of Dr. Martin Luther King, Jr.

And everyone who was alive and old enough to understand on September 11, 2001, remembers the feelings of horror as they watched the twin towers fall and saw the Pentagon ablaze.

In these terrible moments, we also saw what makes America the country it is today. Though Kennedy died, Americans still reached the moon by the end of the decade, fulfilling his promise. Lyndon Johnson, because of the work by civil rights leaders like King, signed the Civil Rights Act, a commitment from Kennedy.

After King was assassinated, the civil rights movement continued to fight racism and bigotry. Rep. John Lewis, who marched with King and was assaulted at the Edmund Pettus Bridge, also attended the inauguration of President Barack Obama.

Three days after terrorists struck a blow to New York City on that September morning, President George W. Bush stood on the rubble with a bullhorn, thanking first responders for running into danger.

That’s who we are as Americans. We don’t let terrorists and madmen dictate who we are and how we act. Yes, we are scared sometimes. But we push forward, united, because we are stronger than the worst anyone can throw at us.

The shooting in Alexandria is the latest in a string of tragedies that America is going through together. This is not the time to shrink back into our corners.

Some members of Congress are calling for even fewer town halls in light of the shooting. To be sure, no one should host an event if there are credible threats of violence.

But in light of tragedy, we need to talk to and listen to one another more, not less.

Prior to the events in Alexandria, many Republicans were already refusing to hold meetings with constituents. During a congressional recess in February, more than four times as many Democrats held town halls as Republicans.

A terrorist in Alexandria doesn’t stop the workings of our government. The Senate recently passed sanctions against Russia. The appropriations process will still move forward. And a mysterious health care bill is reportedly working its way through the Senate.

Just as members of Congress and their staff continue to work, we, the people, want to continue to do our work as citizens and constituents.

We want to express our views on issues large and small. We want to applaud members who agree with us, and try to persuade those who don’t through conversation and interaction.

Town halls are a hallmark of American democracy. No member has called for canceling fundraisers, so we know that Wall Street will still get to have its say. Allowing a terrorist gunman to rob members of Congress of the opportunity to hear from Main Street would be a sad statement.

Giffords’ aide, Ron Barber, was shot multiple times that January day in 2011. He later was elected to Giffords’s seat, a member of Congress in his own right. And when it came time to campaign and talk to constituents in Tucson, Barber held town halls there. As Giffords said, "It’s what the people deserve in a representative."

On the day of the Alexandria shooting, the progressive Indivisible group in Scalise’s district sent out a message to all their members: Instead of calling his office about health care, please call and express your concern and support.

Coming together in the face of tragedy is what we do in America. As scary as the shooting in Alexandria was, we need to stay strong as a country. And part of that strength is through constituents being able to meet with, and talk to, and even disagree with our elected officials.

As Giffords said when some members were avoiding town halls in February, "Have some courage. Face your constituents. Hold town halls."

Let’s hope that members of Congress follow in the tradition of John Lewis, George W. Bush, Gabby Giffords, and Ron Barber. It’s what we, the people, deserve.