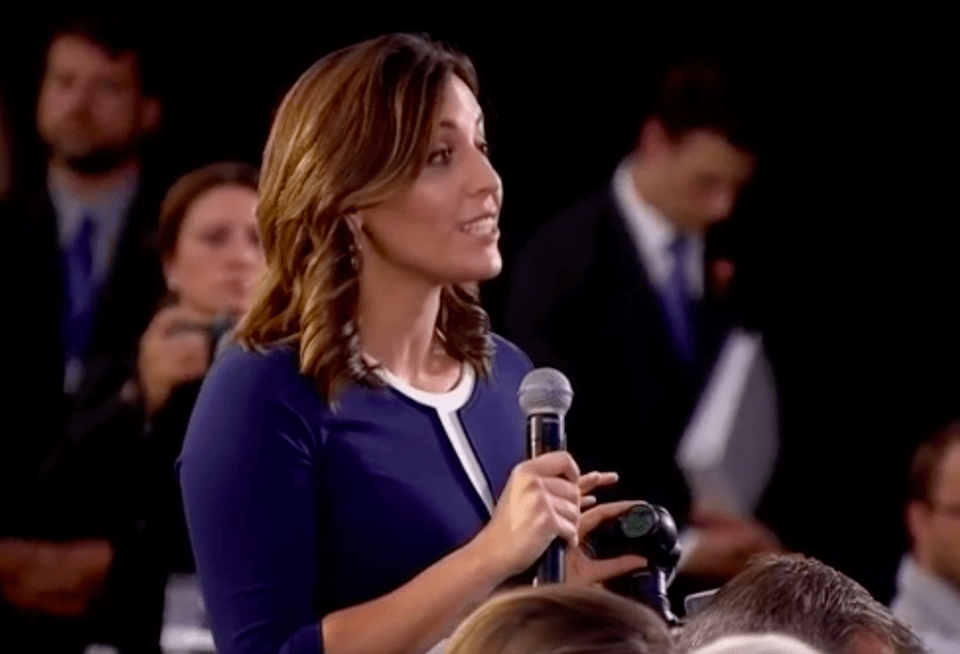 At Donald Trump's joint news conference with the president of Poland, NBC's Hallie Jackson asked him to definitively say that Russia interfered in the 2016 election. After he refused to do so, she tried to ask a follow-up, but her mic was cut.

Donald Trump will meet with Vladimir Putin Friday, and neither he nor anyone in his administration will say if Trump will address Russia's interference in the 2016 U.S. election.

Since Trump has largely avoided the media, his joint appearance with the president of Poland offered the rare opportunity for American journalists to ask him important questions about the forthcoming meeting.

NBC's Hallie Jackson seized the opportunity to ask Trump to definitively agree with the finding of American intelligence agencies that Russia did in fact interfere in the 2016 election.

"You think it was Russia. Your intelligence agencies have been far more definitive. Why won't you just agree with them and say it was?" Jackson asked.

Poles cut @HallieJackson off from asking follow up on Trump's Russia question.

Technically, it was a follow-up. Per protocol, was also about to ask a Q of President Duda of Poland (before they cut the mic.) https://t.co/lZFHfPb38D

Trump responded to Jackson by offering his latest excuse for refusing to agree with the intelligence community's assessment, saying he had "heard it was 17 agencies ... and we did some research and it turned out to be 3 or 4."

We do in fact have 17 intelligence agencies and in October 2016, the Department of Homeland Security and the Office of the Director of National Intelligence issued a joint statement on behalf of all of them stating that the "U.S. Intelligence Community (USIC) is confident that the Russian Government directed the recent compromises of e-mails from US persons and institutions, including from US political organizations."

Former DIA Director James Clapper stated at a hearing that three agencies, plus his own, were directly involved in gathering and vetting the information that formed the basis of that statement. Clapper also added, "I'm not aware of anyone who dissented or — or disagreed when it came out."

Despite Trump's constant attacks, Americans trust the U.S. intelligence community much more than they trust him.