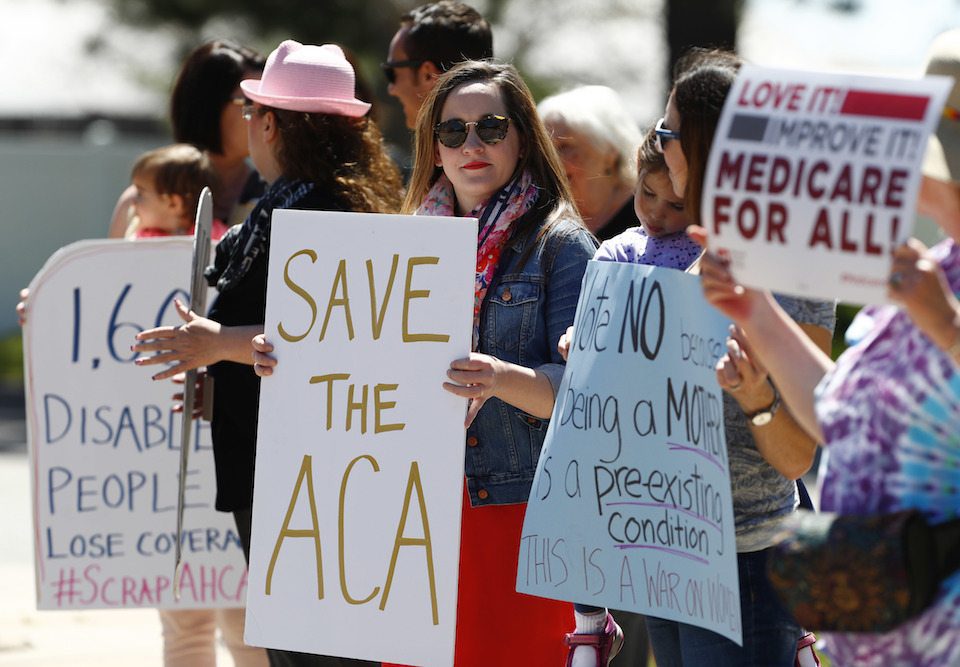 Republicans faced a humiliating defeat on the Senate floor. Now, activists will press the advantage and continue to keep up the fight with health care events around the country.

As the Republican-controlled Congress prepares to take their annual month-long summer break, they will leave Washington, D.C., having failed to do the one thing they have been promising to do for seven years: repeal Obamacare.

With a humiliating defeat on the Senate floor, Republicans will return home with literally no legislative accomplishments in six months.

But the advocates and activists who helped protect health care for millions of Americans are not resting on their laurels.

Groups like Indivisible, MoveOn, Planned Parenthood, and dozens of others have planned more than 150 events across the country on July 29 to remind Republicans of the consequences of passing a bill that would strip health insurance from millions of Americans.

Idleness after the recent victory is unthinkable, considering that Donald Trump told reporters, even after the Senate's rejection of multiple Republican versions of a health care plan, that "it's going to be fine."

Make no mistake: Republicans will continue to plot and scheme to bring forward a plan that will destroy health care in order to shower billionaires with tax cuts.

When the House failed to pass a health care bill back in March, many thought that the fight had been won. But an even worse bill rose from the ashes of the first and passed the House only a few weeks later.

There were also premature speculations in the Senate, when it looked like Repubicans were stalled. Yet Majority Leader Mitch McConnell came dangerously close to being successful at his job.

But this latest effort was stopped, thanks again to the pressure and dedication of Americans across the nation, who lifted their voices time and again to protect themselves, their family, their neighbors, and their country from the ravaging effects of Republican plans.

Those who made phone calls to their lawmakers, visited congressional offices, wrote letters and emails and tweets and facebook posts; those who organized marches and protests and rallies in large towns and small; those who attended — or staged — town halls to hold officials accountable; those who shared resources and tips on social media; those who faced harassment and arrest while making their voices heard and putting their bodies on the line.

They are the faces and voices that members of Congress will be met with back home, reminding them that if the GOP plans to continue their failed crusade to destroy health care in this country, then the country will continue the successful fight to prevent it.