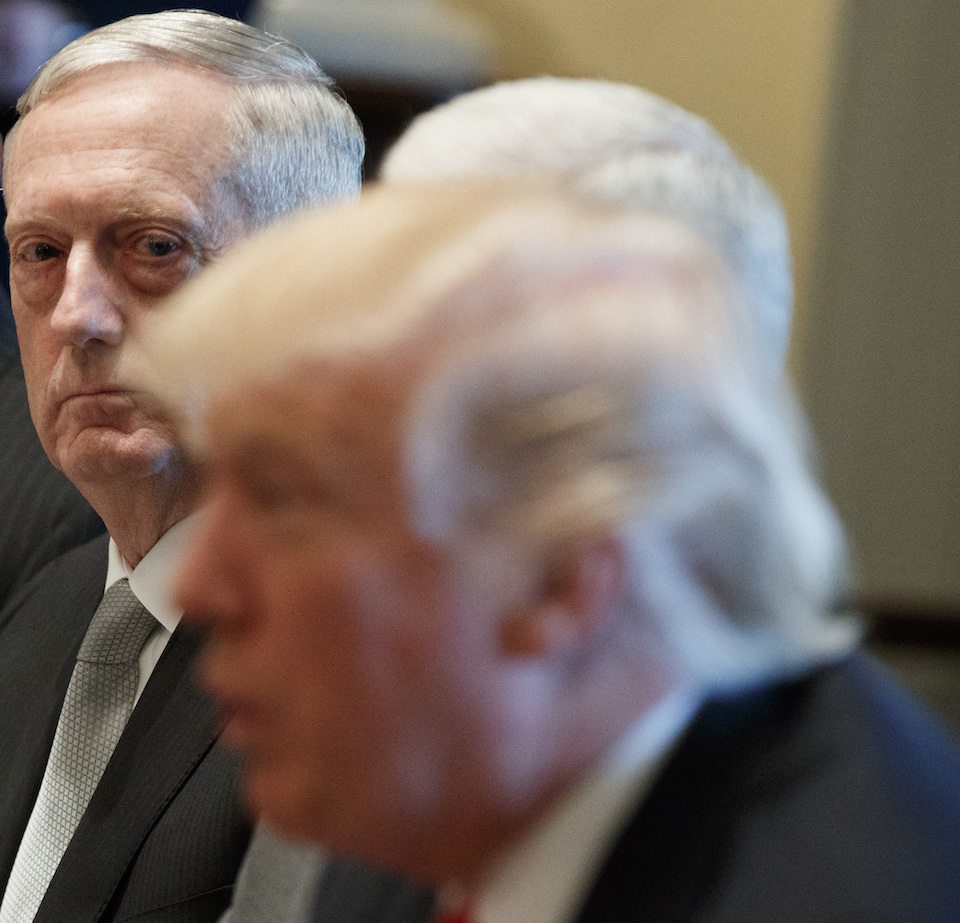 Secretary Jim Mattis will leave the administration at the end of February 2019.

Another one of Trump's Cabinet secretaries is leaving, and Defense Secretary Jim Mattis' letter of resignation makes clear he has little respect for Trump's bungling of world affairs.

Trump's abrupt announcement this week that he is withdrawing U.S. troops from Syria may have been the final straw for Mattis. Trump ignored Mattis' advice on the subject, according to current and former U.S. officials who spoke to the Washington Post. Mattis was in favor of continuing America's presence in the region, but Trump ultimately made a decision that instead pleased Russia.

Mattis wrote to Trump saying Trump needed someone "whose views are better aligned with yours" on a wide variety of key issues.

The letter of resignation was a study in contrasts.

"One core belief I have always held is that our strength as a nation is inextricably linked to the strength of our unique and comprehensive system of alliances and partnerships," Mattis wrote. "While the U.S. remains the indispensable nation in the free world, we cannot protect our interests or serve that role effectively without maintaining strong alliances and showing respect to those allies."

Citing China and Russia as examples of countries that "want to shape a world consistent with their authoritarian model," Mattis wrote, "I believe we must be resolute and unambiguous in our approach to those countries whose strategic interests are increasingly in tension with ours."

Not Trump, though. When Russian dictator Vladimir Putin attacks the very fabric of democracy, Trump is too servile to stand up to him. And when Saudi Arabia's Crown Prince Mohammed bin Salman murders a Washington Post journalist, Trump is too busy helping the regime cover it up rather than seek justice.

Then Mattis went for the gut punch.

My views on treating allies with respect and also being clear-eyed about both malign acts and strategic competitors are strongly held and informed by over four decades of immersion in these issues. We must do everything possible to advance an international order that is most conducive to our security, prosperity and values, and we are strengthened in this effort by the solidarity of our alliances.

Because you have the right to have a Secretary of Defense whose views are better aligned with yours on these and other subjects, I believe it is right for me to step down from my position.

Mattis seems to have had enough of Trump's incessant alienation of allies and coddling of dictators. Trump's impulsive decision to abandon allies in Syria without warning looks to be the final insult, leading Mattis to be yet one more high-ranking official to leave Trump's disaster of an administration.