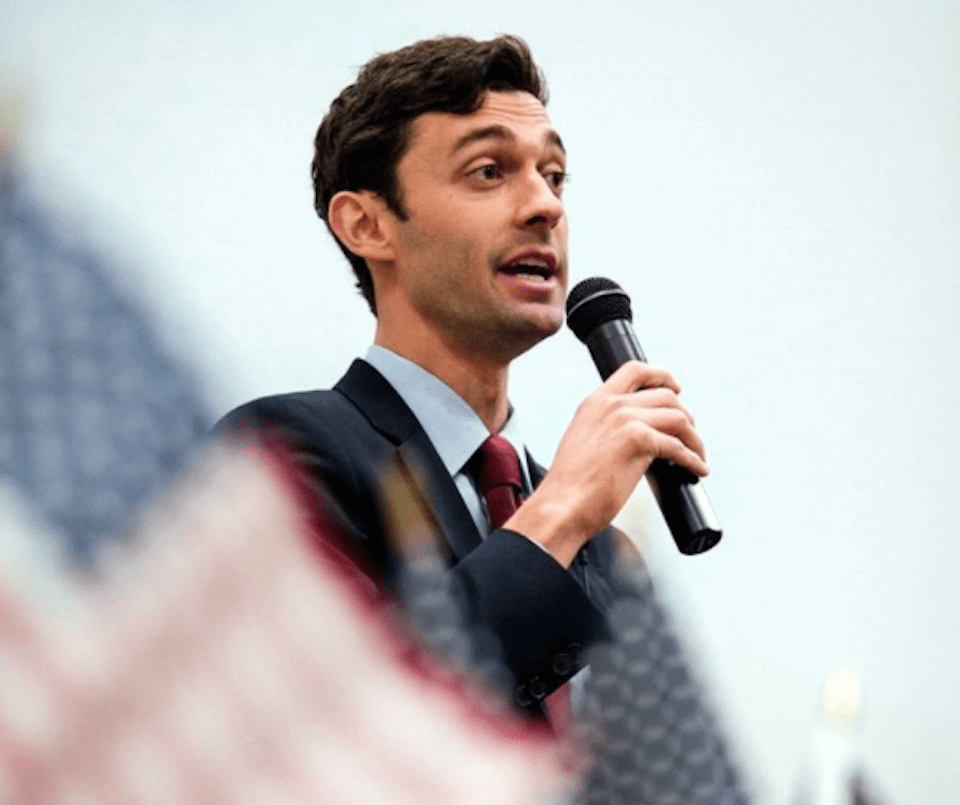 The special election in Georgia's deep red 6th Congressional District, previously held by Secretary of Health and Human Services Tom Price, should be an easy win for Republicans, but Democratic candidate Jon Ossoff clearly has them scared — as a despicable new ad proves.

Democrat Jon Ossoff is the young, unlikely challenger — endorsed by his former boss and civil rights hero Rep. John Lewis (D-GA) — who is surging in the polls, raising piles of money, and making Georgia's 6th Congressional District competitive. And that has Republicans increasingly desperate and terrified of losing this reliably safe seat.

Just look at this new web ad from the Congressional Leadership Fund, a super PAC "focused exclusively on preserving and expanding a Republican Majority in the U.S. House of Representatives." The ad attempts to tie 30-year-old Ossoff to Osama bin Laden — who was killed by President Obama's administration in 2011 — and suggests that Ossoff is being funded by terrorists, by using ominous music, a photograph of bin Laden, and an old quote from American Journalism Review, an obscure online publication that shut down in 2015.

The suggestion that Ossoff is a secretive, dishonest candidate funded by terrorists is so absurd, you have to see it to believe it:

Ossoff's positions and experience as a former Hill staffer and a documentary filmmaker is posted on his campaign website for all to see. But his run for a seat Republicans have held for nearly 40 years has them so scared, they are obviously willing to say just about anything.

The not-so-subtle implications of terrorist connections harkens back to the 2002 election, when Republicans suggested Democrats were soft on national security and that they even sympathized with the 9/11 terrorists. The most infamous, and effective, instance was an ad against then-Senator Max Cleland, also a Georgia Democrat — and a triple-amputee Vietnam war hero — which similarly tried to tie him to both bin Laden and Saddam Hussein.

Now, 15 years later, scared Republicans are going back to that noxious tactic to try to take down Ossoff. But with the astronomical fundraising and enthusiasm from the resistance to turn Georgia's red seat blue, this time, there is a good chance it will not work.