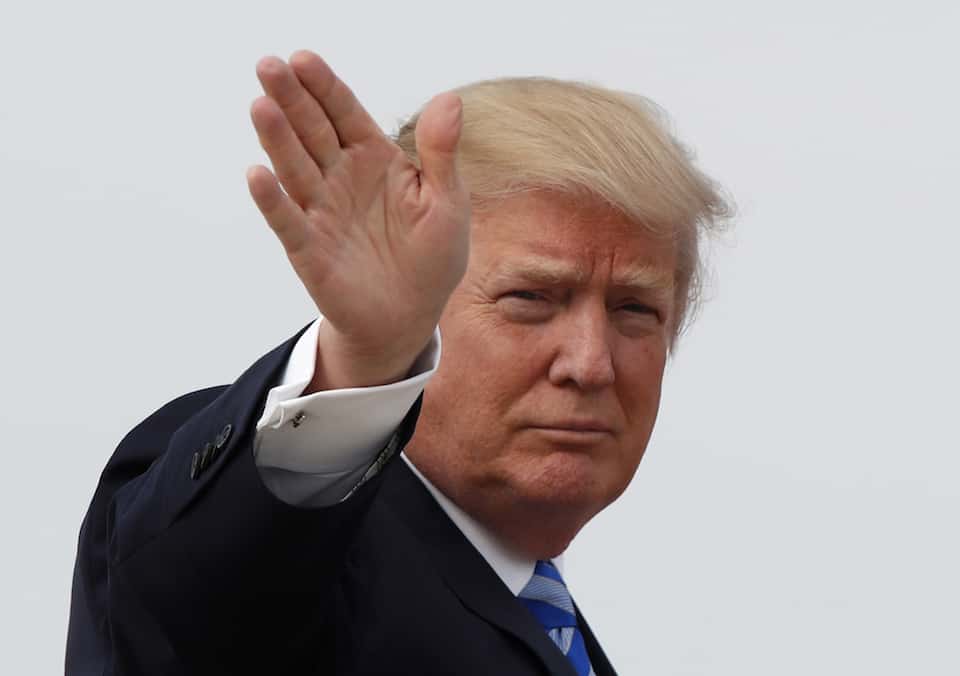 Donald Trump's latest military action, the first-ever combat use of a powerful "Mother of all Bombs" (MOAB) in Afghanistan, has at least one Democratic congressman warning of the danger that this "bomb them all to hell" doctrine presents.

Last week, the corporate media began casting about for something it called a "Trump Doctrine" amid Donald Trump's inconsistent, haphazard, and ineffectual foreign policy.

Trump's latest military adventure — which Trump may or may not have directly ordered — was the use of a GBU-43 Massive Ordnance Air Blast weapon, the most powerful non-nuclear bomb in our arsenal, to bomb Afghanistan. That inspired one Democratic congressman to name Trump's actions as the "bomb them all to hell" doctrine.

In a Facebook post following the news of the bombing, Colorado Rep. Jared Polis warned of its risks (emphasis added):

By first bombing Assad and now Assad's (and our) enemy Isis (in a different region), The President is establishing the Trump doctrine as "bomb them all to hell."

These kinds of large scale overseas military operations often backfire, have unintended consequences including the loss of innocent lives, and can pull us into even more conflict. The big question is: does this make Americans safer?

I look forward to receiving classified and unclassified briefings on these actions and the intelligence leading to them when Congress reconvenes.

During his very short presidency, Trump has already racked up three military actions that have raised more questions than they have resolved. He greenlit a raid in Yemen over dinner, then sat the raid out in the White House residence as an American serviceman and between 14 and 25 civilians were killed in a mission that yielded "no new intelligence." Trump immediately blamed that failure on others, including the former administration.

Trump's airstrikes on Syria enjoyed a brief honeymoon with an awestruck media establishment, but that dissolved quickly amid questions about the efficacy of the strike, Trump's possible ulterior motives, and his defense of Russia, who reportedly knew about the chemical attack in advance.

This latest action in Afghanistan raises the disturbing prospect that Trump has subverted America's history of, and explicit constitutional requirement for, civilian control of the military by turning over complete control to the military.

And once given, that power is not easily relinquished. With Americans in harm's way in Syria, Afghanistan, and South Korea, the restraint that the founders wrote into our Constitution is more important than ever.

Trump's Syria strikes did nothing to improve his approval ratings, but there is a large portion of the population — and the corporate news media — who are enamored of military action for its own sake. Voices like that of Polis are crucial in applying the brakes. His colleagues need to join him in forcing Congress to do its job, and take back the war powers that it rightfully holds, yet currently shirks. The stakes have never been higher.