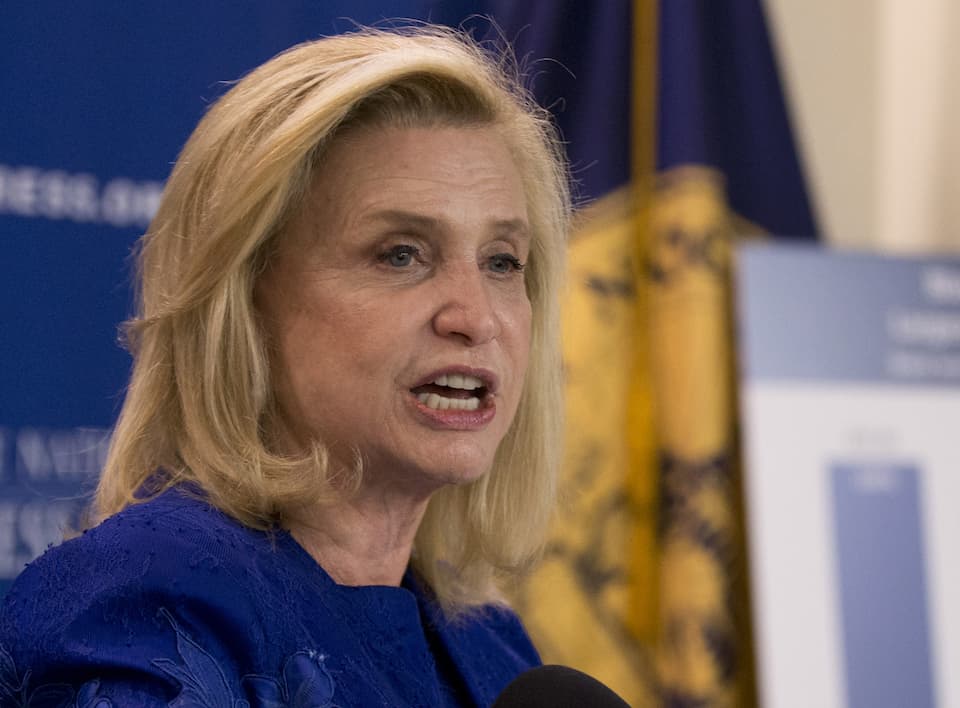 Republicans are trying to ram through a disastrous bill that would be a huge gift to the financial industry, gutting critical consumer protections — a bill Rep. Carolyn Maloney (D-NY) rightly called a "591-page middle finger" to consumers.

House Republicans are trying to rush through the Orwellian named "Financial CHOICE Act of 2017," a bill that would gut financial protections and, among other things, allow banks and credit card companies to charge higher per-transaction fees.

During the House Financial Services Committee's markup session for the bill, also known as House Bill 10, the committee's ranking member, Rep. Maxine Waters (D-CA), pointed out that Republicans have rushed this bill through the committee with just a single full hearing, and skipped a second hearing that Democrats demanded.

Democrats on the committee spoke out against the "Wrong Choice Act," as they called it, and their resistance was best summed up by Rep. Carolyn Maloney (D-NY):

Unfortunately, this immoral Wrong Choice Act can only be described as deeply disturbing. It would take us back to the regulatory stone age, and would be a disaster for the entire financial system. It is essentially a 591-page middle finger to consumers, investors, regulators, and markets. The bill would completely gut the Consumer Financial Protection Bureau, which has been an incredibly effective watchdog for consumers.

Waters also spoke out strongly against the bill, correctly noting that it is nothing short of an extension of Donald Trump's "Wall Street Agenda":

.@MaxineWaters: "The Wrong Choice Act is a vehicle for Donald Trump's agenda to get rid of financial regulation and help out Wall Street." pic.twitter.com/HFQL2ErTS6

This is one of the worst bills I’ve seen in my time in Congress.

The Wrong Choice Act is a vehicle for Donald Trump's agenda to get rid of financial regulation and help out Wall Street. Just last week, Trump’s Treasury Secretary said he welcomes the reintroduction of this bill. The bill destroys Wall Street reform, guts the Consumer Financial Protection Bureau, and returns us to the financial system that allowed risky and predatory Wall Street practices and products to crash our economy. It’s an invitation for another Great Recession, or worse. For most Americans, the memory of that economic disaster is still fresh. 13 trillion dollars in household wealth evaporated. 11 million people lost their homes.

But despite the hazards this bill creates for Main Street, the Chairman is rushing ahead with a markup to advance Trump's Wall Street agenda.

The good news is that, unless Senate Republicans make good on Trump's threat to gut the legislative filibuster, the Wrong Choice Act is unlikely to pass into law, as Democrats step up to resist this gutting of financial protections.