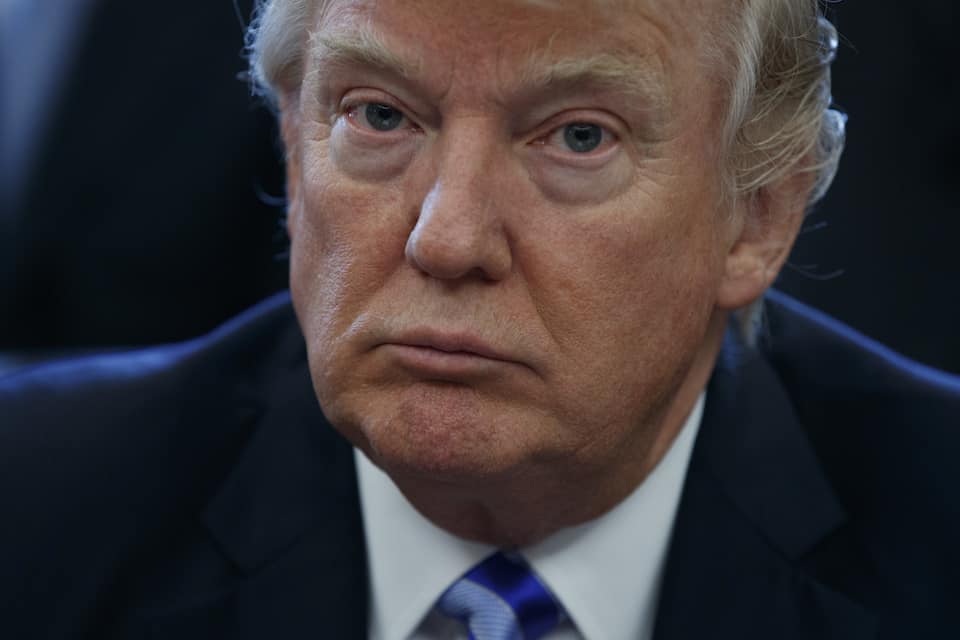 Democratic Rep. Ted Lieu (D-CA) did not hold back in his assessment of the current political stakes for Donald Trump.

Donald Trump's behavior has become increasingly erratic — even for Trump.

Since news broke that he is in fact under investigation for obstruction of justice by special counsel Robert Mueller, who is overseeing the full investigation into Russia’s interference in the 2016 election, Trump's furious claim that there is a "witch hunt" out to get him has intensified.

Trump's team has launched a full blown smear campaign and against Mueller, despite Mueller's credibility on both sides of the aisle, and Trump has personally attacked the integrity of Deputy Attorney Rod Rosenstein, who appointed Mueller.

“I’m growing increasingly concerned that the president will attempt to fire not only Robert Mueller, the special counsel investigating possible obstruction of justice, but also Deputy Attorney General Rosenstein who appointed Mueller.

“The message the president is sending through his tweets is that he believes the rule of law doesn’t apply to him and that anyone who thinks otherwise will be fired. That’s undemocratic on its face and a blatant violation of the president’s oath of office.

Rep. Ted Lieu of California went further in an interview on MSNBC:

LIEU: All Americans, regardless of party, believe no American in above the law. And if President  Trump were to fire Deputy Attorney General Rosenstein and then got Special Counsel Mueller fired, I believe Congress would begin impeachment proceedings.

This is where we are. It's no wonder the American people no longer believe that Trump respects our democratic institutions and traditions, and satisfaction with Trump, even among Republicans, has plummeted.

Under different circumstances, at another time, Lieu's comments would be shocking.

But under this president, at this time, with support for impeachment surging, Lieu's prediction is simply welcome.