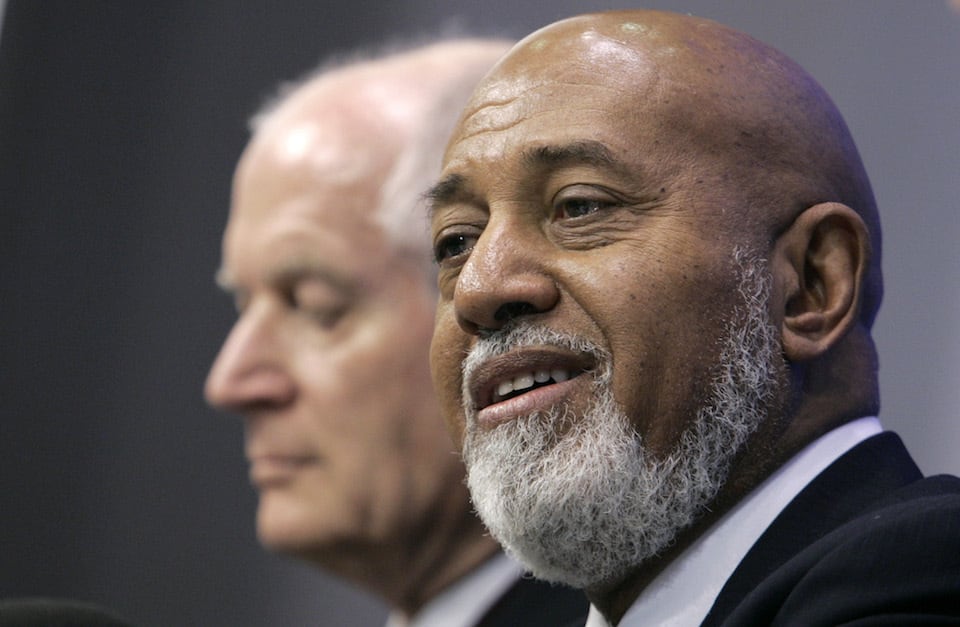 During a hearing of the House Rules Committee, Democratic Representative Alcee Hastings expressed righteous anger about the GOP's targeting of the poor.

At a hearing of the House Rules Committee, Representative Alcee Hastings (D-FL) was questioning Representative Greg Walden (R-OR) about the Republican "repeal and replace" plan targeting the Affordable Care Act.

In his remarks, Hastings expressed the righteous anger many Americans from both political parties are feeling about this heartless GOP legislation. And when he was remonstrated for his "tone" by Walden, Hastings let loose.

#TrumpCare steals billions from Medicaid and cuts taxes for the richest Americans. This is shameful. #PayMoreForLess #ProtectOurCare pic.twitter.com/CzkMwhC5hH

HASTINGS: Tell me about the $800 billion that's being taken out of Medicaid. When in fact all we had to do was leave the taxes that are here for very wealthy people. 400 people [sic] are receiving a substantial increase their taxes who desperately don't need it. Do you NOT see how that affects Medicaid?!

WALDEN: I know. Okay, I'm going to try to bring the tone down here just a little bit, alright?"

HASTINGS: I'm NOT going to bring my tone down. I'm mad as hell about what you all are doing, and I don't have to be nice to nobody when you're being NASTY to poor people!

Thank you, Representative Hastings, for speaking on behalf of so many of Americans.