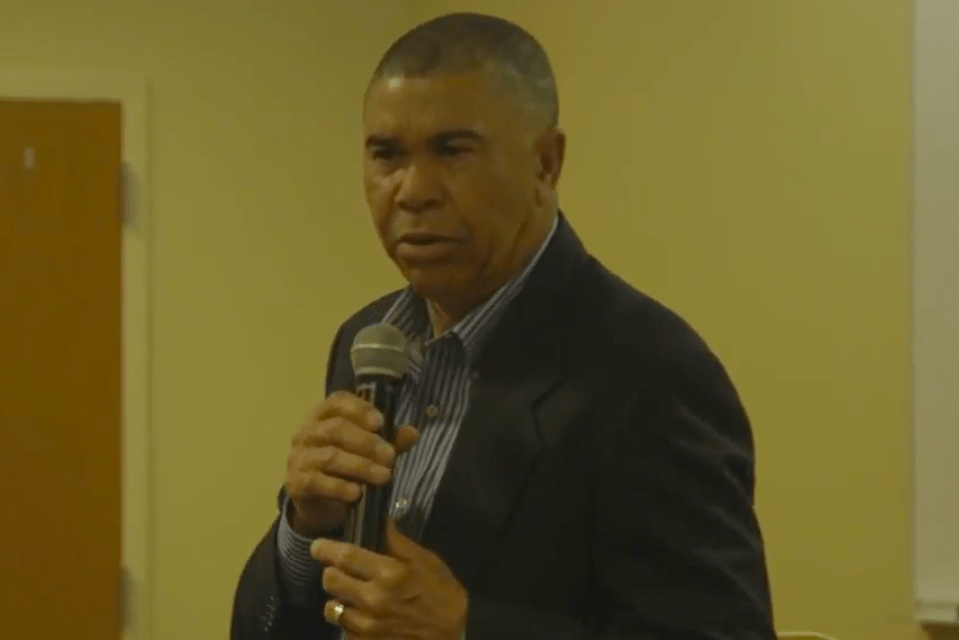 Rep. Lacy Clay (D-MO) delivered a potent message to his Republican colleagues when he recounted a conversation he had with Rep. Jason Smith (R-MO) about having the courage to place his constituents above partisanship.

Courage is in short supply among Republicans these days, and while that is hurting them politically, it is also hurting the people whom they are supposed to represent.

Rep. Lacy Clay (D-MO), a member of the Congressional Black Caucus and Ranking Member of the House Monetary Policy and Trade Subcommittee, made that point in rather devastating fashion at his recent town hall meeting.

While responding to constituents, Clay recounted a conversation he had with fellow Missouri Rep. Jason Smith (R-MO) in which he challenged Smith to put his constituents above partisanship, and not fear the prospect of a negative "late-night tweet" from Donald Trump:

I went up to my colleague, Jason Smith, and I said, 'Jason, you represent the fourth-poorest Congressional district in the country. You have more Medicaid recipients than 1st CD [Missouri's 1st Congressional District], you have more food stamp recipients than the 1st CD, you have more reduced breakfast and lunch in schools than in my district. You can sometimes vote in the best interests of the people who sent you here. You know? (applause) Don't be scared of bullying, or being the subject of a late-night tweet from Trump, if he goes and gets him, but I told him, 'You can't let them bully you. You punch the bully in the eye first. Okay?'

Clay's advice for Republicans is sound, given that they supported a bill that would have stripped 24 million Americans of their health care, and which had only 17 percent support from Americans, and given the fact that they are on a crusade to defund Planned Parenthood despite 80 percent opposition to such a move.

Republicans are unlikely to heed the advice, but hopefully, the real audience for Clay's remarks are paying attention: The voters who are now being betrayed by the Republicans they elected.