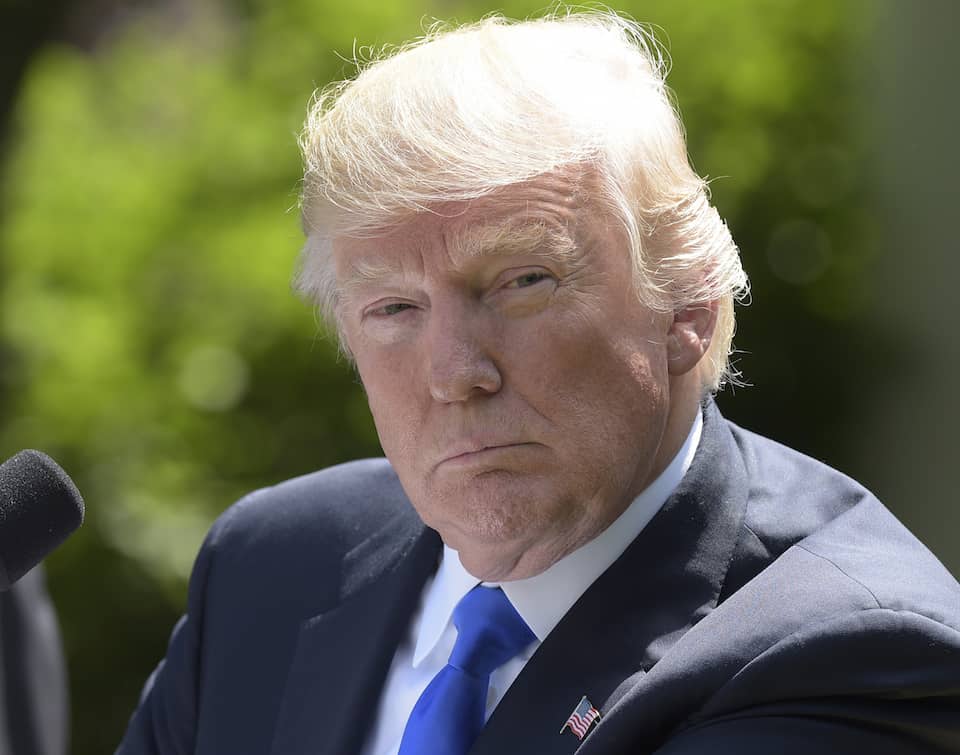 One need not take Democrats' word for it to know that Donald Trump is a habitual liar. As Rep. Gregory Meeks pointed out, Republicans have made that same case time and time again.

The ongoing saga of the Russia investigation has involved back and forth accusations of dishonesty.

In his testimony to the Senate Intelligence Committee, former FBI Director James Comey put it succinctly when he stated that Donald Trump's justifications for firing him were "lies, plain and simple."

Trump fired back at Comey, whom he called "a leaker," insisting that many things Comey said in his testimony "just weren't true." On the claim that he demanded loyalty from Comey, Trump preposterously stated, "I hardly know the man."

Trump has now offered to testify under oath himself, which would be quite a test of his minimal capacity for honesty.

It is no secret that Trump lies habitually, about myriad topics and to sometimes absurd degrees.

But as New York Democratic Representative Gregory Meeks pointed out on CNN, one need not listen to fact-checking organizations, journalists, or Democrats to believe that. Just take other Republicans' word for it:

KEILAR: Congressman, I'm sure that you have seen what the president said yesterday in the Rose Garden on a number of topics, but where he said, essentially, that Jim Comey committed perjury with his testimony before senators this week. What was your reaction to that?

MEEKS: Well, that's another lie by the president. I mean, the person that we know to be a liar is the president of the United States, as indicated by Mr. Comey. But not only as indicated by Mr. Comey — I mean, sometimes we have short memories — as indicated by Jeb Bush, as indicated by Marco Rubio beforehand, when he talked about the lack of veracity and that Mr. Trump is a liar. As indicated very clearly — I just was looking at something that Mitt Romney wrote, it said, 'Here's what I know about Donald Trump: He is a phony, a fraud, his promises are as worthless as a degree from Trump University. He is playing members of the American public for suckers.' You know, Marco Rubio called him a con artist. Jeb Bush said, 'You are a liar and a whiner.'

So, it's not Democrats, it's not Comey that called him a liar. You know, you go all the way through, talk to some of his business associates before. He is a guy that called the media and tried to pretend that he wasn't who he was. He's talked about the birth certificate of Barack Obama. He said that Muslims were yelling and screaming over in Jersey during 9/11. He has lied time and time again, he is a proven liar. And so, that's what we know for a fact, also.

Meeks is right: Jeb Bush took to Twitter to call Trump "a loser" and "a liar and a whiner;" Marco Rubio repeatedly referred to Trump as a "con artist" or a "con man;" and Mitt Romney railed against Trump in a speech as a "phony" and a "fraud," who could not be trusted.

And while they are not exactly the tip of an opposition iceberg, they are also not the only Republicans who have rebuked Trump for issues of mendacity.

And Trump's business history is littered with instances of him inflicting serious financial harm on small businesses and contractors after stiffing them on deals they had made.

Trump being a liar is not a "liberal" idea, and it is certainly not a new one. If he actually follows through on his promise and testifies under oath, the American people will see just how deep his dishonesty can go.