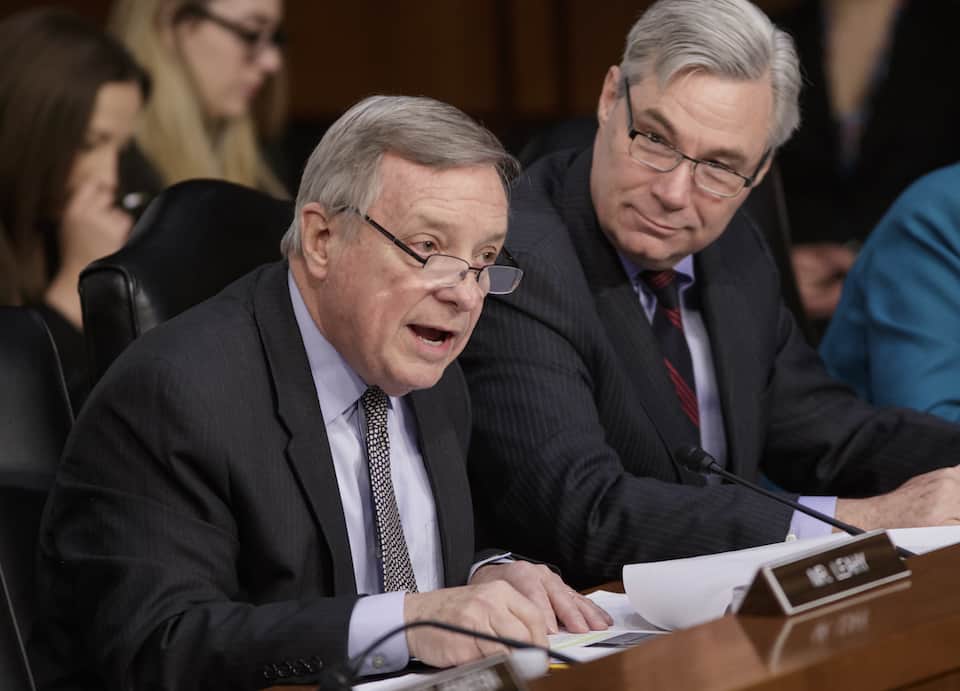 Things took a dramatic turn at the Senate Judiciary Committee's hearing on the confirmation of Judge Neil Gorsuch, the nominee for the Supreme Court seat that was stolen from President Barack Obama, and given to a man who is under FBI investigation.

Senator Dick Durbin (D-IL) was recounting Gorsuch's record of siding against disabled children, and he confronted Gorsuch with a unanimous ruling by the Supreme Court, handed down as the hearing was going on, which repudiated a Gorsuch opinion in Thompson R2-J School District v. Luke P.

That unanimous opinion in Endrew F. v. Douglas County School District, which Durbin quoted directly to Gorsuch, is about as direct a repudiation of the nominee as possible:

You asserted that, 'The assistance that IDEA mandates is limited in scope' end of quote, and that it only requires, 'The creation of an individualized program reasonably calculated to enable the student to make some progress toward the goals within that program.'

You also said, and I quote directly from your opinion, 'From this direction, we have concluded that the educational benefit mandated by IDEA must merely be more than the minimus.' End of quote.

This morning, the Supreme Court ruled on that standard that you established in the case. Here's what they said in the case of Endrew F. v. Douglas County School District, a unanimous decision by the Supreme Court, written by the Chief Justice: 'When all is said and done, a student offered an educational program providing 'merely more than de minimis' progress from year to year can hardly be said to have been offered an education at all. For children with disabilities, receiving instruction that aims so low would be tantamount to sitting idly awaiting the time when they were old enough to ‘drop out.’

The Court went on to say, 'The IDEA demands more. It requires an educational program reasonably calculated to enable a child to make progress appropriate in light of the child’s circumstances.' It's a powerful decision.

Gorsuch responded by saying he was "wrong" to rule this way, but blamed precedent for his cruel ruling — precedent that the Supreme Court rejected unanimously.

In a statement, Senate Democratic Leader Chuck Schumer was clear about the implications:

President Trump’s Supreme Court nominee, Judge Neil Gorsuch, was unanimously rebuked today by the Supreme Court. The Supreme Court found that disabled students are entitled to substantially greater protections under federal law than Judge Gorsuch previously ruled they were. This is part of a continued, troubling pattern of Judge Gorsuch deciding against everyday Americans—even children who require special assistance at school. Fortunately, in this case, every single Justice on the court agreed that Judge Gorsuch was wrong.

And as Senator Al Franken (D-MN) also noted, this is even more reason to question Gorsuch's judgment.