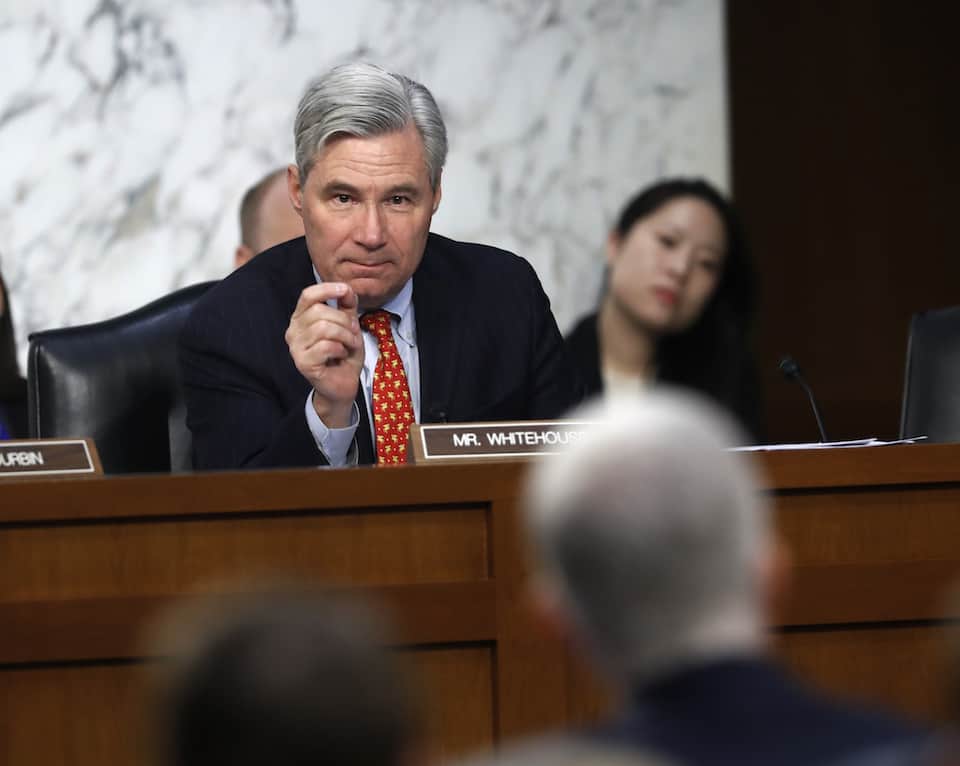 With a showdown looming over the nomination of Judge Neil Gorsuch to the stolen Supreme Court seat, constituents are expressing their support for Democratic resistance to confirming a pick from an illegitimate president who's under investigation by the FBI.

The Democrats exposed Gorsuch's history of cruel and, at times, absurd rulings, and the millions in dark money that has supported his nomination. So far, Gorsuch has not received the support of a single Democrat, and with the revelation that Trump is under FBI investigation for possible coordination with Russia, Democrats intend to block Gorsuch's confirmation.

One of those Democrats, Senator Sheldon Whitehouse (D-RI), got a heavy dose of validation from attendees at a town hall meeting. When Senator Jack Reed (D-RI) introduced his fellow Rhode Island Senator, their constituents gave Whitehouse a rousing standing ovation for his resistance to the Gorsuch nomination:

REED: There's one other issue that's come before us, that is the nomination to the Supreme Court. I hope everyone saw how brilliant and insightful... (gestures toward Whitehouse) (extended applause) ...more than well-deserved. Now, let me say this. I think it was appropriate to sit down with Judge Gorsuch, I did that. I think it was appropriate to listen to the hearings, to the questioning. At the conclusion, I concluded he's a very bright, talented lawyer, but his judicial philosophy should not be on the court. Therefore, I will do everything I can to prevent him from the court. (applause) With that, let me turn it over to Sheldon Whitehouse. (applause)

That crowd's reaction demonstrates the support Democrats are receiving for resisting Trump, as did an earlier moment during Senator Reed's remarks, when the crowd was moved to their feet for a different reason:

I think we have to go even further, we have to have a special prosecutor who can... (extended applause)

The two issues are separate, but not unrelated. Gorsuch's nomination, already tainted by the Republicans' theft of the seat, could be rendered permanently illegitimate by the results of the Trump investigation, itself tainted by the actions of House Intelligence Committee Chairman Devin Nunes (R-CA). Democrats are wise to resist, and their constituents are applauding them for it.