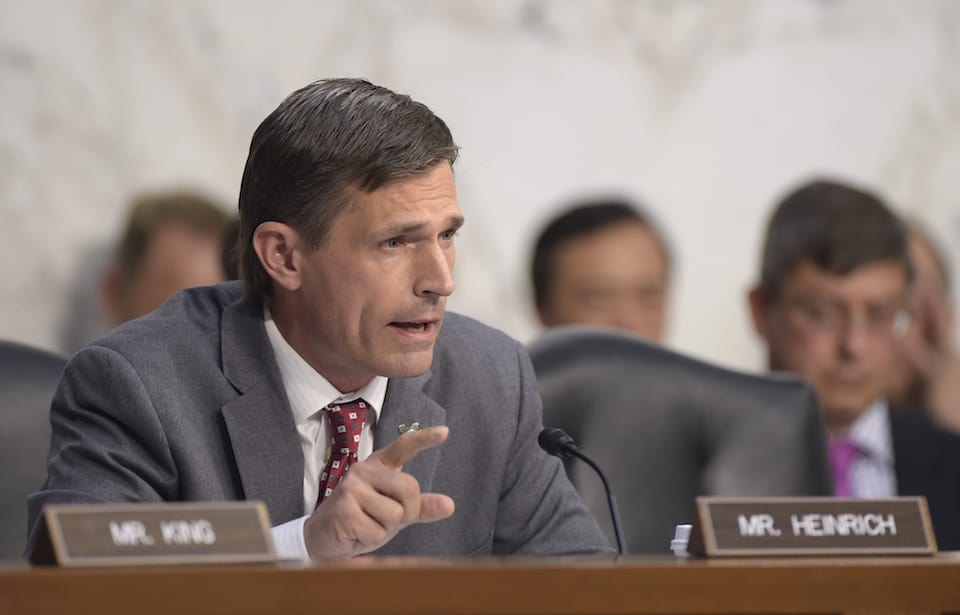 During his testimony before the Senate Tuesday, Attorney General Jeff Sessions really did not want to talk about his conversations with Donald Trump and the investigations into the campaign's ties to Russia.

Sessions repeatedly refused to answer questions from Democratic senators, while insisting he was not invoking executive privilege, as that is something only the president can invoke. Sessions simply claimed it be "appropriate" to preserve the president's right to invoke that privilege should he wish to at a later date.

Democratic Sen. Martin Heinrich of New Mexico nailed him on that argument.

"My understanding of the legal standard," Heinrich said, "is you either answer the question — that's the best outcome. You say this is classified, can't answer it here. I'll answer it in closed session. Bucket number three is to say I'm invoking executive privilege. There is no appropriateness bucket. It is not a legal standard."

Heinrich forcefully accused Sessions of obstructing the investigation into collusion with Russia, continuing a pattern already documented within the Trump administration.

Sessions was repeatedly brought to task for evading questions on key parts of the Senate investigation. His unwillingness to be fully honest under oath, in a public setting, is more than troubling — it's the behavior of a witness with something to hide.