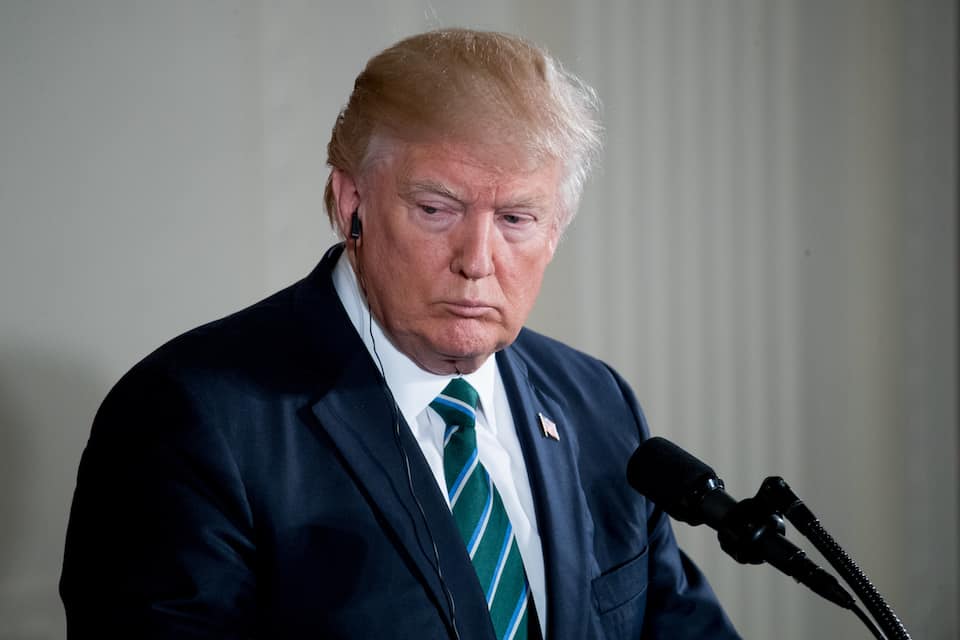 Donald Trump's presidency is under a cloud of possible collusion with a foreign power. Confirmation of Trump's nominee for the Supreme Court vacancy — a lifetime position — must be delayed unless and until he and his team are cleared of any wrongdoing.

FBI Director James Comey confirmed there is an existing and ongoing investigation into links between Donald Trump's presidential campaign and the Russian government, saying:

"I have been authorized by the Department of Justice to confirm that the FBI as part of our counterintelligence mission is investigating the Russian government’s efforts to interfere in the 2016 presidential election. And that includes investigating the nature of any links between individuals associated with the Trump campaign and the Russian government and whether there was any coordination between the campaign and Russia’s efforts."

The issue of delaying Trump's nominee for a lifetime position on the Supreme Court, Neil Gorsuch, had been previously raised. But in light of Comey's revelation that Trump and his campaign associates are under investigation for possible collusion with a foreign power to undermine the United States electoral process, the call to delay the confirmation is picking up speed:

No way Trump should get to appoint a SCOTUS while he is under FBI investigation for throwing our election! #Gorsuch

Delay Gorsuch hearings! Given the Comey bombshell, Senate Dems should call for delay of SCOTUS hearings until FBI investigation complete...

We're really just going to let a president under investigation for colluding with Russia appoint a Supreme Court justice for life. #Gorsuch

Call your Senators and ask that they delay the Gorsuch SCOTUS vote until the FBI has finished its Trump/Russia investigation. 202-224-3121.

Do you think a President under investigation by the FBI for possible collusion w a foreign power should be able to appoint a SCOTUS judge?

No SCOTUS seat should be filled by a POTUS whose campaign is under FBI investigation.

It's a lifetime appointment.

Should be an easy call. https://t.co/zrk8FzGPir

But immediately after the nomination was first made, Senate Majority Leader Mitch McConnell announced they would hold no hearings and take no actions whatsoever to confirm Garland until after the presidential election in November — a full eight months in the future. The GOP claimed President Obama should not be allowed to fill a vacancy during his last year in office, even though prior presidents have done this without controversy fourteen times in the past.

As a result, the nomination languished for 293 days until finally expiring in early January 2017 — the longest-standing vacancy on the Court in United States history, due solely to Republican obstructionism.

Accordingly, the GOP has no legs to stand on to demand that the vacancy now be filled with any urgency. And the American people have the right to demand that the confirmation of Gorsuch be put on hold unless and until Donald Trump has been cleared of any wrongdoing in connection with Russian interference during the 2016 presidential election.