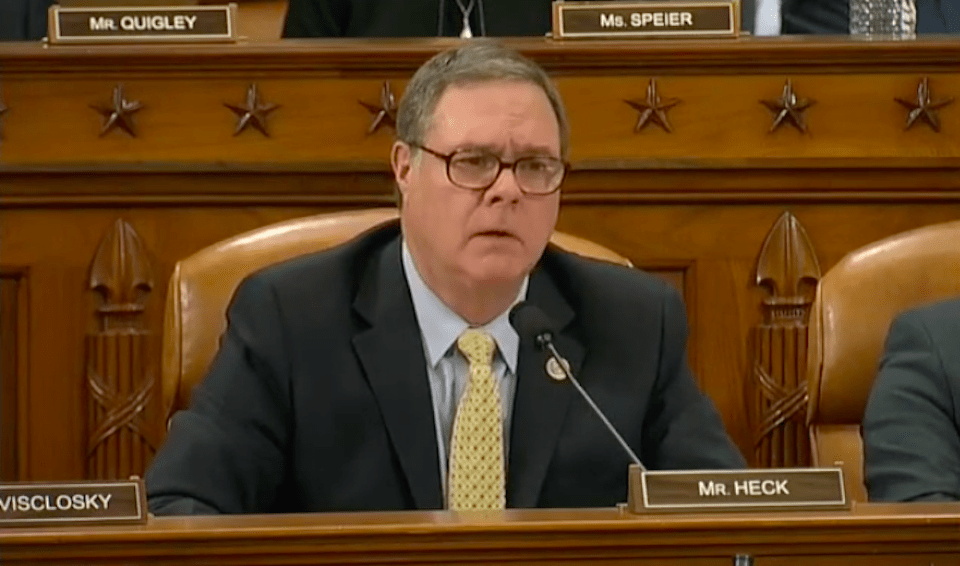 A lot of news was made at the House Intelligence Committee's hearing with FBI Director James Comey, but one Democrat delivered an important and impassioned plea that his colleagues put country over party, and sternly rejected the idea that Democrats are pursuing Trump's Russia connections out of partisanship.

There were several bombshells during the House Intelligence Committee's hearing on the "Russian Active Measures Investigation," the most crucial of which was FBI Director James Comey's confirmation of an ongoing investigation into "any links between individuals associated with the Trump campaign and the Russian government and whether there was any coordination between the campaign and Russia’s efforts."

The existence of that investigation, which began in July of 2016, would seem to put to rest any questions over the legitimacy of Democratic concern over Donald Trump's ties to Russia, especially since Comey also confirmed that such an investigation would only be undertaken if there were a "credible allegation" or a "reasonable basis" for doing so.

Democratic Rep. Denny Heck (D-WA) underscored that point beautifully and forcefully during the hearing, first by reading off a litany of Trump's offenses that any American should abhor, like alienating allies, slandering President Obama, and attacking Americans in order to defend Putin.

Then, Heck took the charge of partisanship head-on, urging his colleagues to remember that this issue is "way more important than party":

Let's be clear, though: This is not about party. It's not about relitigating the election. It's not as if anything we do here will put a president from a different political party in the Oval Office. So I hope that it's clear that it's about something much more important. And no, it's not about political motivation, to my friend who said and suggested that earlier. This is about patriotism. About something way more important than party. This is about country. And the very heart of what this country is built on, which is open, free, fair, trusted elections.

If anything, it was Republicans who were playing politics at that hearing, relentlessly focusing on leaks to journalists instead of Russia's efforts to hand Trump the election, and Trump's possible role in that.

They continued that focus despite Comey's refusal to say that the FBI would ever investigate such leaks, to palpable disappointment from Rep. Trey Gowdy (R-SC):

GOWDY: Can you assure [the American people] that [leaks are] going to be investigated?

COMEY: I can’t, but I hope people watching know how seriously we take leaks of classified information, but I don’t want to confirm it by saying we’re investigating it. And I’m sorry I have to draw that line, I just think that’s the right way to be.

GOWDY: [stunned pause] Well, I’m not going to argue with you, Director Comey.

The naked partisanship of this focus on leaks, perhaps combined with Heck's impassioned admonition, seemed to force Gowdy into a tacit acknowledgement of how badly this looked. In an attempt at a little bit of damage control in the hearing's closing minutes, Gowdy stated, "So I wish you luck as you begin this process. It is all important. The fact that someone may have had a line of questions about leaks does not mean they are not interested in all aspects of Russia."

More information will come out as this process continues, but what we know right now proves that concerns over Trump's ties to Russia are well-founded, and are not the result of partisan animus. Republicans will now have the opportunity to prove their love of country by joining the effort to learn the truth, a test that they failed during this hearing.