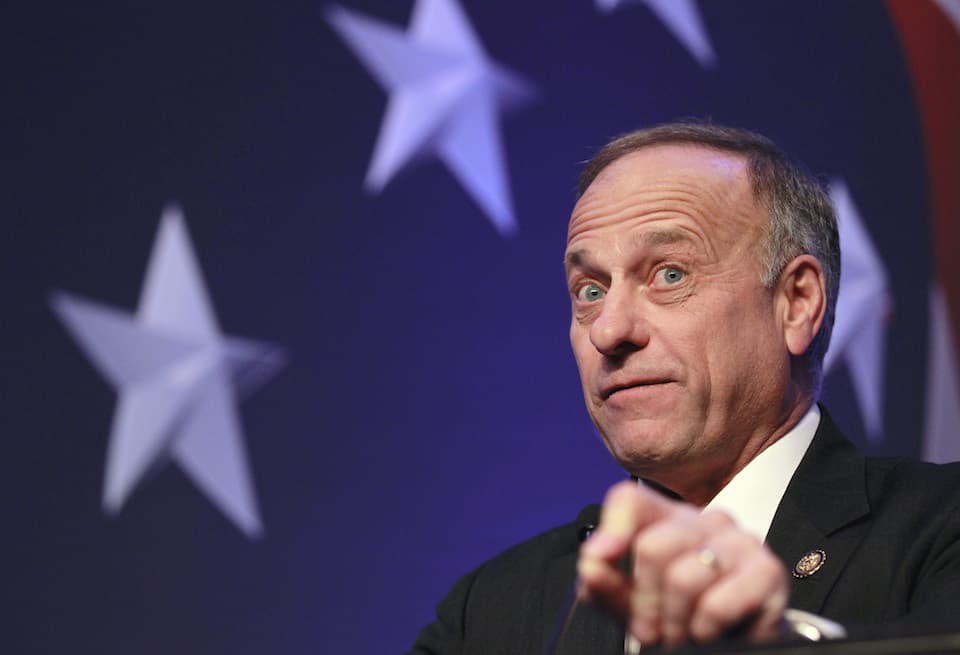 The fierce Democratic working mom who is challenging unapologetic white nationalist Republican Steve King for his congressional seat in Iowa masterfully shamed him on social media for his horrific treatment of a Venezuelan-American constituent.

He once described a guest of Michelle Obama's at a State of the Union address a "deportable." He said young undocumented immigrants from Mexico have "calves the size of cantaloupes because they’re hauling seventy-five pounds of marijuana across the desert" and are "undermining our culture and civilization." He proclaimed "we can't restore our civilization with somebody else's babies." King is shameless in his overt racism.

But this week, Democratic challenger Kim Weaver scorched King on Twitter for his treatment of a Latina constituent.

The controversy started when Vanessa Marcano-Kelly, a Venezuelan-American immigrant from King's district, traveled to Washington, D.C., to meet with King's staffers on behalf of Iowa Citizens for Community Improvement. The staffers failed to keep the appointment, and Marcano-Kelly tweeted out her frustration:

had mtg set up with @SteveKingIA staff in DC. 23 min later, staff no show. We're here all the way from IA. Way 2 serve the people, Rep. King

A short time later, King hit back at her with breathtakingly casual bigotry:

Do you always lie in English? https://t.co/4Rkyym7lhD

Quite aside from blowing off a constituent and then gaslighting her about it, King was targeting her personally for her Latin heritage. It was not the first time King snidely remarked on an immigrant's English skills.

But two hours later, Weaver hit him right back, publicly embarrassing him with a one-liner:

And she did not stop there. Weaver zinged him again in her next fundraising tweet:

Weaver has already proven herself a master of fundraising. She is also expertly using each of King's frequent outbursts to draw attention to her campaign, demonstrating the contrast between her wit and civility, and King's lowbrow, crude racism. The people of Iowa's 4th District do not have to put up with a congressman who will judge them by their ethnic background — they can have someone who will represent all of them.