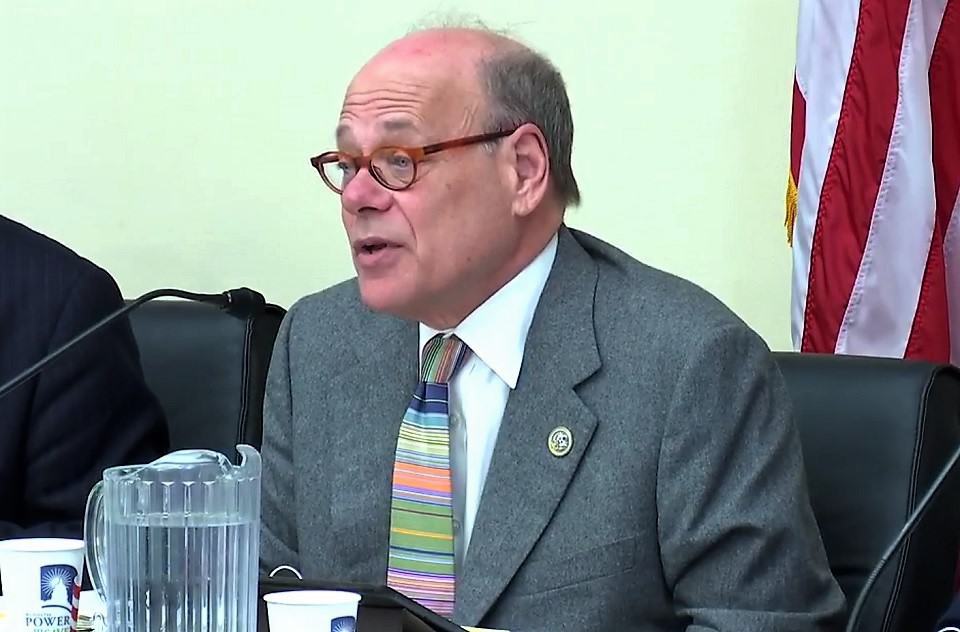 At a House Subcommittee on the Constitution and Civil Justice hearing, Rep. Steve Cohen (D-TN) called out his Republican colleagues for failing to recognize Donald Trump's attacks on the free press, which Cohen called "the beginnings of fascism."

The House Judiciary Committee's Subcommittee on the Constitution and Civil Justice held a hearing in which the main point was to complain about students opposing often bigoted conservative speech on campuses.

In his opening statement, however, Rep. Steve Cohen (D-TN) called out his colleagues for failing to recognize the threat to freedom of the press that emanates from the current White House.

Cohen told the subcommittee that while he recognizes the importance of protecting even unpopular speech, "the real important issue facing the country at this time, with the First Amendment, is freedom of the press," and referenced Donald Trump's attacks:

While this is important, no question it's an important issue, the real important issues facing this country at this time with the First Amendment is freedom of the press, and there are attacks on the press on a regular basis today, which I think this subcommittee needs to look into. It was Richard Nixon who first thought that the press was the enemy, the enemy of the people, in modern history. Before that it was Stalin — that was modern too, but it wasn't American, before the Russian-American melding took place.

And what we've seen here is the beginnings of fascism in some ways, and part of what you see with fascism — disdain for the press, controlling mass media, there are other signs that we see that are scary. That's part of it. Freedom of the press is so important to being a check and balance on government, and to government that is uncontrolled.

That is over-arching the issue that we face today concerning the First Amendment, is the freedom of the press, not necessarily this particular limited freedom of speech, which is oftentimes on campuses, and oftentimes invective that is hurled at sexual orientation minorities and/or people of minority religions, whether Jews or Muslims, gays, transgendered, etc. And there are some reasons to limit that speech, because sometimes it turns to violence. And that's another problem that we have seen, that we have — one of the signs of fascism as exhibited at the Holocaust Museum, is identification of enemies as a unifying cause. And some of this is what happens there, and we're seeing it today.

Cohen's remarks were an unmistakable reference to Trump's repeated attacks on the press, including calling them the "enemy" of "the American people," as well as to Trump's Muslim ban and campaign against immigrants.

Elsewhere in the same hearing, Cohen called out Republicans for removing a painting protesting police violence by an art contest winner, and Rep. John Conyers (D-MI) pointed out that punishing students for protesting hateful conservative speech is, itself, a violation of free speech rights.

Their work here demonstrates the importance of Democratic participation — even in sham hearings by the Republican majority — to giving the values of the resistance a voice.