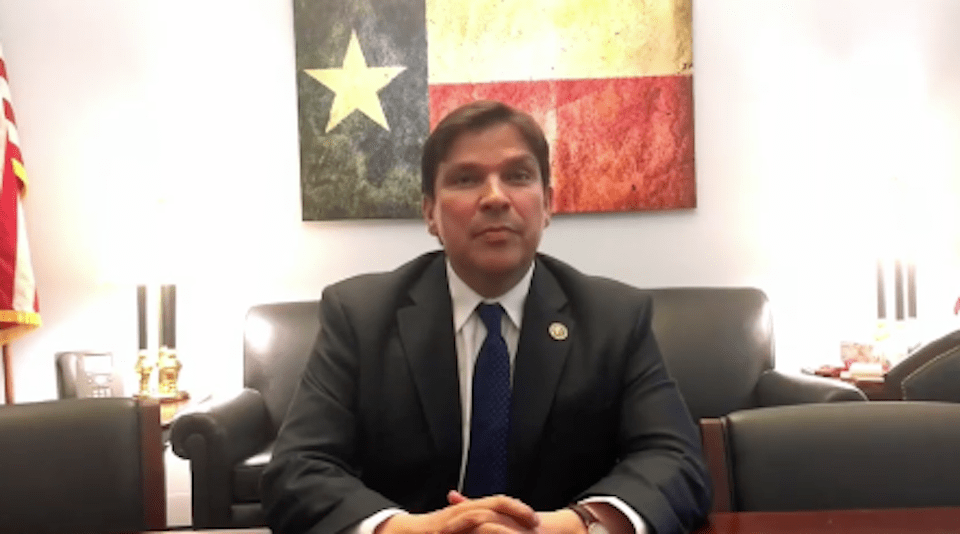 Rep. Vicente Gonzalez (D-TX) is calling on Donald Trump to stop deporting military heroes as part of his immigration agenda.

Gonzalez sent a letter to Trump to address the issue of veteran deportations, which he describes as a "shameful and avoidable act." Gonzalez calls on Trump to "issue an Executive Order expediting the citizenship process for honorably discharged veterans with no criminal history prior to joining the military."

Honorably discharged veterans, who risked their lives to defend and protect this country, suffer from post-traumatic stress disorder and other service-connected conditions that lead to behaviors that put them at risk of being deported," adding, "once these veterans are deported, they lose access to VA home loans, education, healthcare and other benefits they have properly earned through their service to our country.

Some veterans with non-violent criminal records have been subject to deportation proceedings, like Miguel Perez Jr., a decorated Army veteran, who was ordered to be deported to Mexico — even though his lawyers have pointed out to officials that drug cartels are targeting former U.S. residents, especially veterans — and Spc. Gerardo Armijo, who served two tours in Iraq and received a purple heart but was ordered to be returned to Mexico, even though his mother brought him to America when he was only eight months old.

Will Fischer, Iraq War veteran and director of Government Outreach for VoteVets, slammed this policy in a comment to Shareblue: "It seems our government only respects the service of these people enough to allow them to come back from deployment, and stay here if they’re dead, because they're allowed to be buried at our national cemeteries. But we should respect them enough to let them live out the American dream they fought to protect and defend."

He added, "This isn’t to say they shouldn’t be punished for crimes they commit — they should and they do.  But if you serve this country you’ve done more than most people have, and you should have citizenship for it, not deportation."

The Veteran Action Coordinating Committee is currently promoting a viral campaign to assist veterans in these situations, promoting passage of HR1405: The Veterans Visa and Protection Act of 2017, which would grant legal status to undocumented people who are U.S. military veterans.

Trump has taken his campaign's antagonism toward immigrants to the White House, demonizing the Latino community and trying to avoid congressional oversight of his hostile policies, which not only violate common decency, but for which Trump has also run afoul of the law in his zeal to appease his white nationalist supporters.

And military veterans, who fought for this country, are now included in the ranks of those suffering as a result.