Home National Democratic congresswoman: 'I would not be surprised' if Pence is caught up...
Progressive journalism is under attack. Please help us fight back!
DONATE 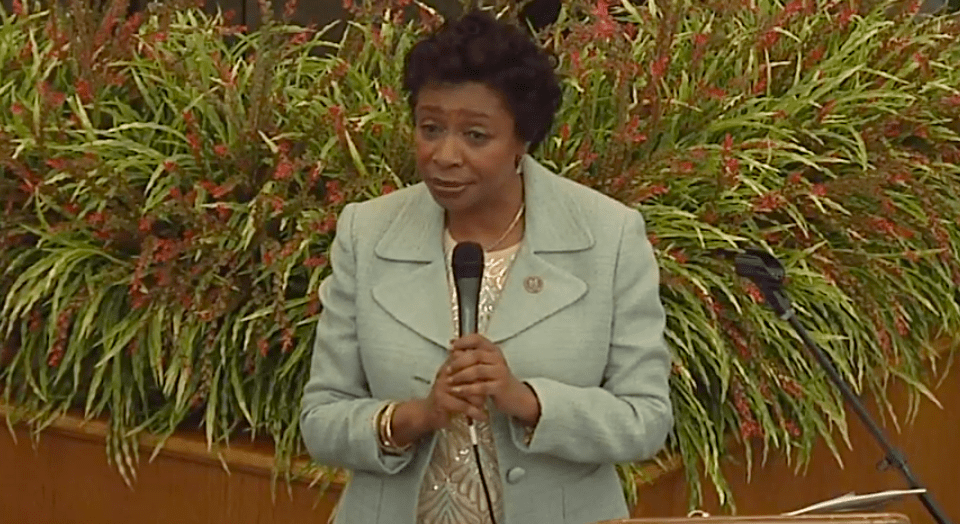 Rep. Yvette Clarke (D-NY) has never shied away from calling out Donald Trump and his administration for their reprehensible words and actions. At a recent town hall, she suggested that the vice president could also be caught up in the investigations into possible collusion with Russia.

Rep. Yvette Clarke (D-NY) has made no secret of her opinions on Donald Trump and his administration.

She was one of nearly 70 Democratic lawmakers who did not attend Trump's inauguration, and was a vocal opponent of his Muslim travel ban.

One month into his term, she told a town hall audience that Trump was an "illegitimate president," leading an administration "defined by dysfunction and ineptitude coupled with philosophies of hatred and division" that is akin to "the Titanic approaching the iceberg."

And at a more recent town hall in Brooklyn, Clarke was just as clear, and just as powerful, in her condemnation of Trump and his White House.

Democratic @RepYvetteClarke: What Trump is doing is "akin to fascism." pic.twitter.com/ag0o3PunAc

And I thought that what Donald Trump was doing was akin to fascism. I talked about tyranny, and I've talked about it again this evening. We are very clear that our nation has been taken over by an individual who is focused on himself, his family, and how they can gain as much as possible on the backs of the American people. [applause ] We are clear that he has appointed more generals to civilian positions than any other president in history. And that should be something that alerts everyone. When you put a general in charge of the Department of Homeland Security, which is a civilian agency, then what we are seeing in terms of a deportation force — you need to take very seriously.

Clarke also spoke about the ongoing and ever-deepening scandal around the ties from Trump and his team to Russia, and reminded everyone that, even if Trump should end up facing impeachment and being removed from office, the man waiting in the wings is no less troubling as the leader of the nation.

Wow! @RepYvetteClarke on FBI Russia investigation: Wouldn't surprise me if they "find a little Mike Pence in there!" pic.twitter.com/uL3EvKdrTn

[Reading a constituent question]: "Considering the impeachment possibilities at the conclusion of the FBI investigation, what kind of preparations can Congress and the resistance make to protect our values from a possible President Pence, who could, with the support of the GOP establishment, arguably do even more damage?"

So, like I've been saying to everyone: One at a time. It's unfortunate, you know, because I've heard the scenarios in Washington, too. Trump falls — Pence, and then Ryan, moves over. I don't know whether you've heard that, but I have. And, you know, these guys are prone to overreaching — prone to overreaching. And I would not be surprised if, with this investigation — all these investigations that are taking place — that there may not be a little Mike Pence in there.

So, we're going to cross that bridge when we get to it. But we definitely need to stay vigilant, continue to call for these hearings to go forward, for the FBI investigations to go forward, because the abuse of the American people that is taking place at the hands of Donald Trump right now is unsustainable. We cannot continue to pay for Mar-a-Lago, we can't continue to pay for Trump Tower, [applause] we can't continue to pay for the sons to travel overseas to cut deals. We can't keep avoiding Ivanka setting up her brand all over the place while having dinner with the Chinese president. We can't afford it! So we gotta stay vigilant, we gotta keep pressing, and keep asking for these investigations to move forward.

Clarke also touched on the moral aspect of resistance and the importance of acting now in accordance with how one wishes to be remembered by history.

!! @RepYvetteClarke: "We have to be the resistance. Our children will ask us what we were doing when the other folks elected Donald Trump." pic.twitter.com/LOGajZxLHZ

I'm trying to make sure that I can bring my constituents along in understanding that we cannot normalize what is taking place right now. We have to be the resistance. Our children will ask us, "What were we doing when the other folks elected Donald Trump? Did we just sit down like lambs to slaughter, or did we stand up and fight?" And I want my district to be able to say, "We stood up and we fought. And not only did we fight, we won."

It is easy to become demoralized in the face of such a dangerous and abnormal political reality. But it is crucial to heed Clarke's words, and to think not only about the days in front of us now, but also about the years in front of the next generation.

The fight itself may not be easy, but the decision to engage in it is plain and simple.