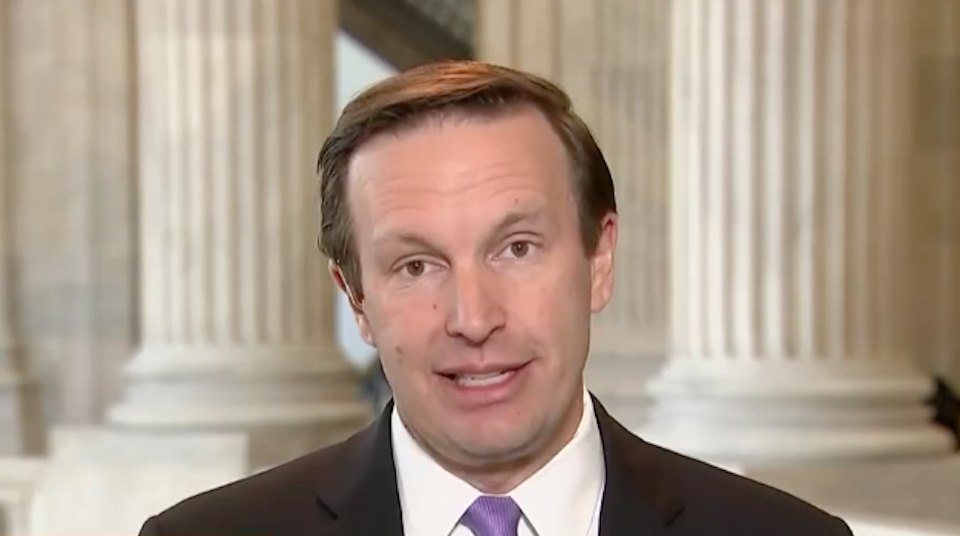 Connecticut Sen. Chris Murphy lashed out at the GOP's latest attempt to repeal Obamacare while they think no one is watching.

After making moves toward a bipartisan, publicly debated health care bill in the wake of their spectacular failure in July, Republicans unexpectedly started pushing to pass an even worse Obamacare repeal bill just before the deadline in two weeks, once again shutting out Democrats and only pretending to schedule a hearing.

Democratic Sen. Chris Murphy of Connecticut is having none of it.

In a furious thread on Twitter, Murphy proclaimed the new bill to be "an intellectual and moral garbage truck fire."

THREAD: A short primer on all the ways the #GrahamCassidyBill is an intellectual and moral garbage truck fire. pic.twitter.com/X8IjLLay56

The bill "eliminates protections for people who aren't or have been sick," Murphy explained.

"Lifetime caps, annual caps, charging older people more — the greatest hits of Trumpcare — all back again in Graham-Cassidy," he added.

Murphy further attacked the bill for completely eliminating the Medicaid expansion and block-granting the program. "Millions will lose insurance, including loads of disabled and children. Many will die without care."

The individual markets fare little better. "Premiums go up for everyone," Murphy wrote. "20% in first year alone. Gets way worse after that if you are 50+ or making under 400% of poverty."

One of Murphy's biggest criticisms was the impact the bill would have on funding to the states:

6/ Even if states wanted to keep preexisting condition protections, they can't bc #GrahamCassidy gets rid of individual mandate.

Murphy wrapped up his criticism with a direct message to GOP senators who claimed to be concerned about protecting Medicaid funding, only to seriously consider voting for this bill, like West Virginia's Shelley Moore Capito:

If you're a Republican who says you're concerned w potential Medicaid cuts & u vote for #GrahamCassidy, you've been lying. It GUTS Medicaid.

Republicans have not changed their tune. They are back with a new plan that is even worse than what the American people resoundingly stood up and rejected — and they're trying to get away with it because they think no one is paying attention. But Democratic senators like Murphy are paying attention, and they are fighting back to make sure this bill, like the others before it, fails.