Home National Democratic Senator rebuffs Trump: 'Getting on with our lives means a life...
Progressive journalism is under attack. Please help us fight back!
DONATE 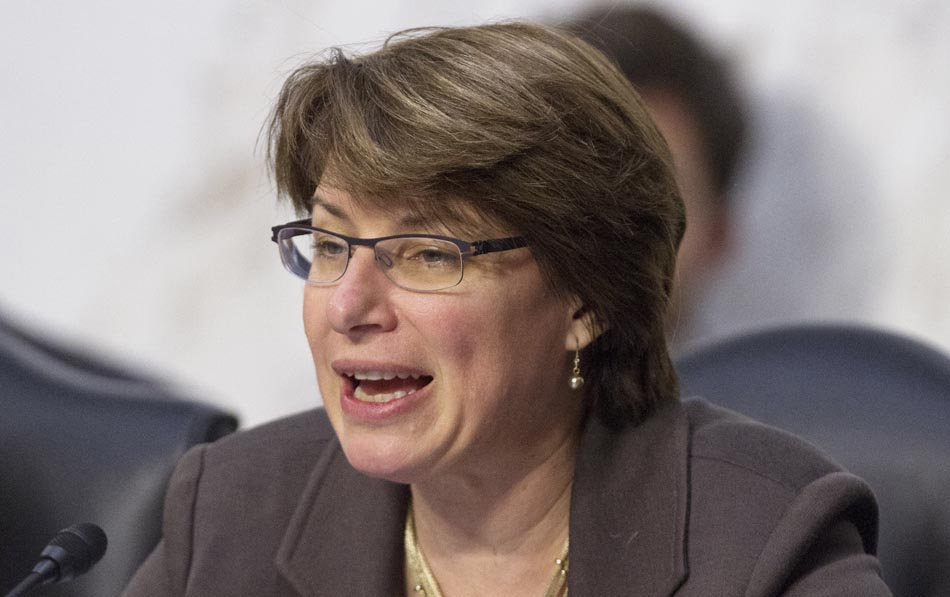 As President-elect Donald Trump maintains his "deeply damaging" posture of denial and indifference to intelligence assessments about Russian interference in the election, Democrats continue to push back hard. Democratic Senator Amy Klobuchar was deservedly blunt in her response to Trump's latest dodge.

Donald Trump has refused to acknowledge Russian interference in the election, and his latest response when asked about it was to say, "I think we ought to get on with our lives."

During an interview with CNN's Kate Bolduan, Senator Amy Klobuchar (D-MN) had stern words in response to Trump's alarming indifference: "Getting on with our lives means a life based on freedom, freedom of expression, freedom of democracy and not being influenced by foreign powers and hackers."

Bolduan: When asked about Russian sanctions, the president-elect said: "We need to get on with our lives." Your reaction to that?

Klobuchar: Well, getting on with our lives means a life based on freedom, freedom of expression, freedom of democracy, and not being influenced by foreign powers and hackers. So, I am hopeful that, when the president-elect gets into office, he will take this very seriously. He must. That is— the office is bigger than anyone who serves in the office, and our government is based on this fundamental principle of a democracy.

Trump, with his infamous outsized ego, almost certainly does not like the sound of hearing that the office he will imminently inhabit is bigger than he is, but Klobuchar is entirely correct. The office of the U.S. Presidency is bigger than any single person who holds it; that was the way it was very carefully and purposefully designed.

If Trump continues to insist on behaving otherwise, a Constitutional crisis is not a matter of if but when.