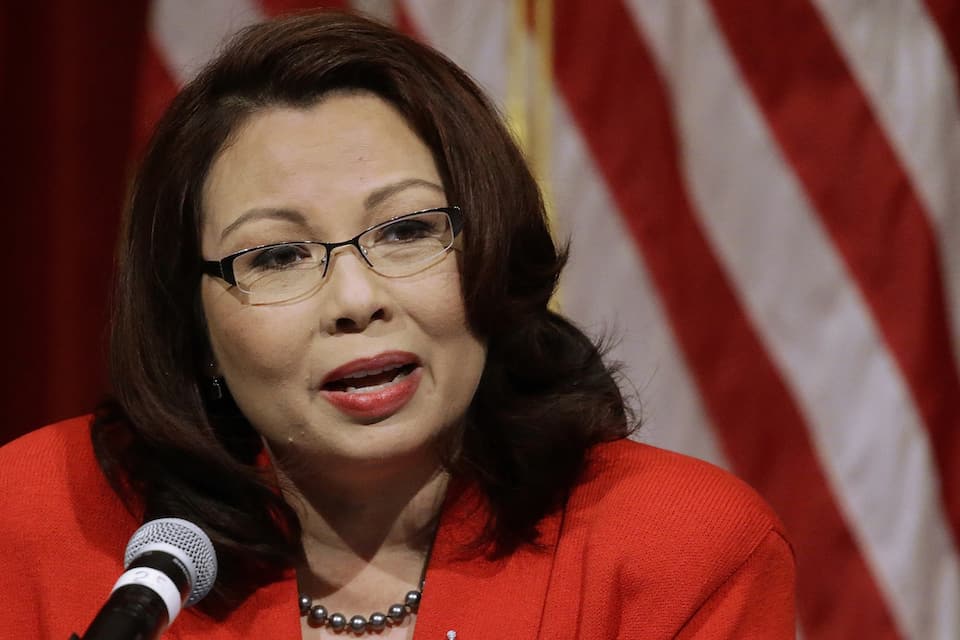 Republicans are demanding Democratic support for Donald Trump's nominee to the stolen Supreme Court seat, but the White House is denying some Democratic women the opportunity to even meet with him for questioning.

The Republican Party's unprecedented theft of a Supreme Court seat is reason enough for Senate Democrats to oppose Donald Trump's illegitimate nominee, Judge Neil Gorsuch. But the White House's refusal to make Gorsuch available to even meet with some Democratic senators to answer their questions leaves them no choice but to vote no.

According to Huffington Post, Senators Tammy Duckworth (D-IL) and Catherine Cortez Masto (D-NV) have been denied meetings with Gorsuch, despite multiple requests. Duckworth's office proposed several dates to meet with the judge, one of which he accepted and then canceled at the last minute, without offering any alternative times to meet, just a week before the Senate is scheduled to vote on his confirmation on April 7.

As a spokesman for Duckworth's office told Shareblue in an email:

If Judge Gorsuch had wanted to meet with the Senator, he shouldn't have cancelled their meeting without offering any additional times that worked for him.

Meanwhile, Cortez Masto's office was not even given that much. According to her spokesman, Rey Benitez:

"They said, 'Give us a good reason why the judge should sit down with the senator,'" Benitez said. "That’s ridiculous that they’re asking us to do that. She’s a U.S. senator and she’s trying to do her job."

Offering a meeting with a nominee to all 100 senators is a matter of courtesy and "respect for the Senate as an institution," according to Christopher Kang, an Obama White House staffer who worked on the confirmations of Justices Sonia Sotomayor and Elena Kagan.

This White House, however, does not seem to see it that way, insisting that Gorsuch's confirmation be rushed through, despite voters' increasing demands for a delay. And Gorsuch's team certainly does not appear concerned about making sure he answers any and all questions senators have for him. In fact, his team has issued the exact same word-for-word excuse for not meeting with both Duckworth and Cortez Masto:

Judge Gorsuch has met with nearly 80 Senators. The Judge was more than willing to meet with the Senator and both sides have been trying to find a mutually agreeable date that would work.

Given that Republicans were perfectly willing to leave the Supreme Court seat vacant for the better part of a year, rather than even hold hearing for President Obama's nominee, Merrick Garland, there is certainly no need now to rush through the confirmation process for Gorsuch.

And that Gorsuch has refused to meet with female senators is but further evidence that Gorsuch has a problem with women in general. In college, Gorsuch belonged to a fraternity with a reputation for misogyny and rape, which he later defended. As a visiting professor at the University of Colorado Law School, Gorsuch reportedly told a class that "many" women exploit employers for maternity benefits and that it is proper for employers to ask potential female hires about their plans to have children.

And during Gorsuch's Senate Judiciary Committee's hearing, he demonstrated a stunning disrespect toward Senator Amy Klobuchar (D-MN), also a former attorney, snapping at her and responding to her questions with a patronizing tone that set the internet on fire.

It is shameful, on its own, that Gorsuch has even been nominated to fill this stolen Supreme Court seat in the first place. However, the fact that he is seeking this position and yet refuses to meet with every senator who is being asked to give him the job, is totally unacceptable and makes his appointment to the Court, should he prevail, that much more illegitimate.