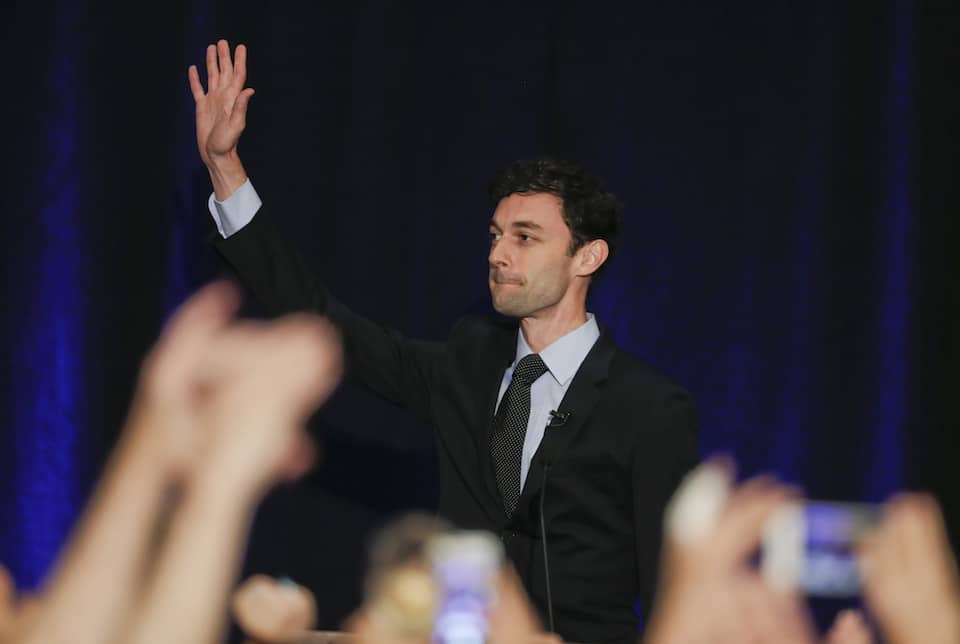 Democrats are incredibly excited about the very real chance to capture Georgia's traditionally red 6th District, and the party is pouring money into a field operation to turn out as many voters as possible for Jon Ossoff.

With one month to go before the runoff in Georgia's 6th Congressional District, Democratic filmmaker and former congressional staffer Jon Ossoff and right-wing Donald Trump ally Karen Handel are locked in a fierce toss-up contest.

Despite the conventionally accepted long odds of a Democrat winning a seat in the wealthy, conservative suburbs north of Atlanta that Republicans have held for four decades, numerous factors continue to give Ossoff an opening to win.

He has leveraged the voters' squeamishness about Trump, kept the race focused on issues, and courted crossover votes. He has also benefited from huge grassroots support and small-dollar donations that are breaking records for a House race.

Meanwhile, Handel did herself no favors by praising the House's disastrous health care repeal bill and supporting Trump's potentially criminal decision to fire the FBI director. And when a federal judge extended voter registration, Handel — who has a history of voter suppression — decried it as a "trick to deceive the election."

She has also refused to debate Ossoff and is essentially in hiding.

And this week, Ossoff put out a devastating new attack ad against Handel, featuring a breast cancer survivor, slamming Handel on one of her greatest vulnerabilities — her attempt to end funding to Planned Parenthood when she was an executive at Susan G. Komen for the Cure:

My name is Mindy Fine and I’m an OB/GYN in Cobb County.

Part of a normal exam is screening for breast and cervical cancer.

When we catch it early, we save lives.

But Karen Handel cut off funding for Planned Parenthood cancer screenings when she was an executive at Susan G. Komen.

I don’t usually get involved in politics, but as a doctor and a breast cancer survivor myself, what Karen Handel did is unforgivable.

All of these factors have made Democrats bullish about their chances in the 6th District. And they are putting up the money to show it.

The Democratic National Committee has announced they are hiring 10 new field organizers in Georgia to expand canvassing and outreach in the 6th District, targeting 76,000 registered African-American, Asian-American, and Hispanic voters who did not participate in the first round.

DNC chairman Tom Perez has stated, "The emerging coalition of African American, Latino, and AAPI voters in Georgia’s Sixth Congressional District have been at the heart of the resistance and will be at the heart of Jon Ossoff’s victory in June."

Republicans have been hoping voter enthusiasm and Democratic outrage over Trump would dissipate. Ossoff's continued competitiveness, and Democrats' redoubled investments in the race, shows that is not going to happen.