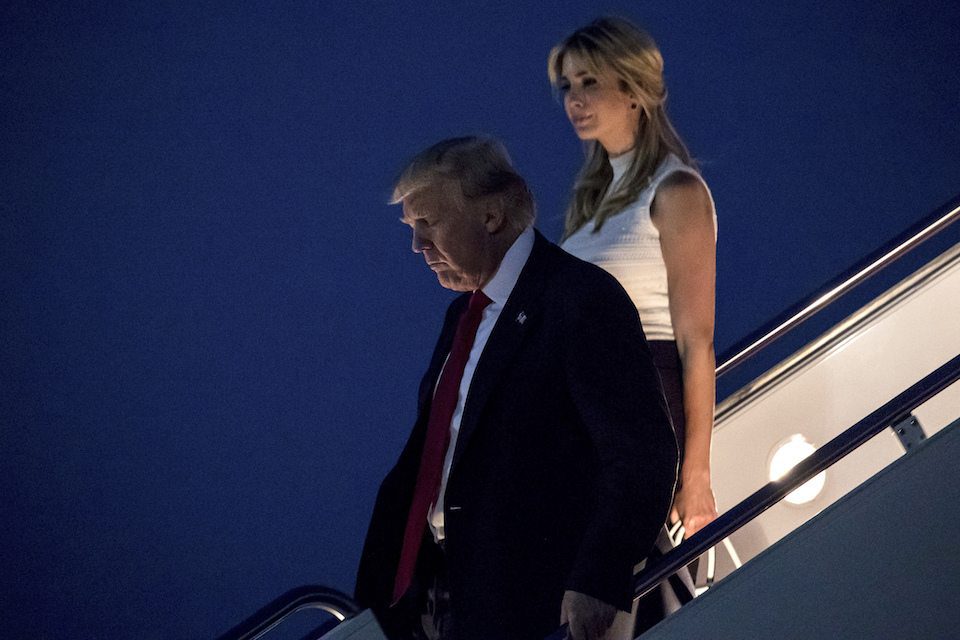 Ivanka Trump's security clearance raises new concerns as revelations about the Trump campaign's interactions with Russia suggest she was deceptive when starting her White House job.

In a letter to Andrew McCabe, acting director of the FBI, 20 Democrats are requesting a review of the security clearance that was granted to Trump when she officially joined the White House as "assistant to the president."

The letter notes that the recently exposed meeting between Trump campaign officials and Russian operatives has raised new concerns about the content of the security questionnaire she filled out before being cleared for the job.

Her husband, Jared Kushner, and her brother, Donald Trump Jr., were two of the key figures in those meetings, along with then-Trump campaign chairman Paul Manafort. Special counsel Robert Mueller is now actively investigating the clandestine meeting.

After the meetings were uncovered, Kushner revised his disclosure forms to add over 100 meetings and phone calls he had with foreign contacts.

"We are concerned that Ivanka Trump may have engaged in similar deception," the Democrats stated in their letter. They want to know if she disclosed the meetings her husband and brother had with the Russians on her own forms, as such disclosures are required, particularly for spouses.

They also ask if Trump disclosed "her own foreign contacts" in her forms, "which reports suggest may be numerous." Democrats similarly raised questions about whether she, her father, and other members of the White House leadership team knew about and discussed the multiple, repeated Russian contacts but then proceeded to hide them from the public.

Donald Trump chose to put his daughter in a position of power and influence, even breaking protocol and having her sit in for him at a recent meeting of the G20.

Ivanka decided not to follow tradition and divest from her financial holdings while holding her new job, meaning that she has influence over policy decisions that could directly affect her personal net worth — an ethically dubious position that her father and husband have also adopted.

Her personal behavior, and that of the overall Trump administration, has forfeited the benefit of the doubt, a sentiment borne out by the clan's repeated deception and obstruction of oversight, enabled by their allies within the Republican Party.

America needs to know what Ivanka Trump might be hiding, and what role it plays in her father's duplicitous presidency.