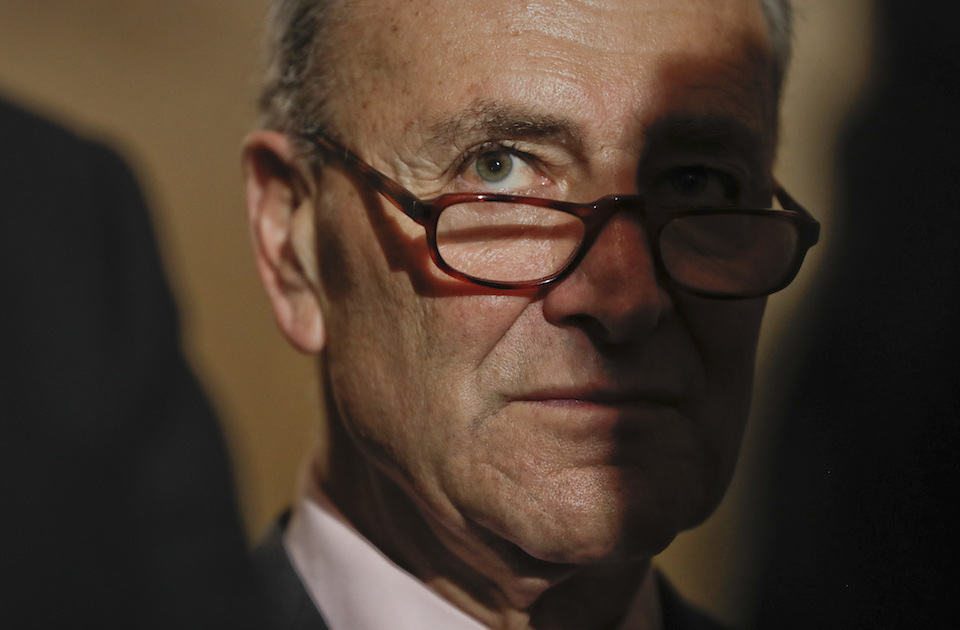 Senate Democrats have responded to Donald Trump's firing of FBI Director James Comey by intentionally slowing down business in the Senate, angering the Republicans who are reluctant to hold Trump accountable.

Senate Democrats are treating Donald Trump's decision to fire outgoing FBI Director James Comey as a "crisis" and are slowing down business as Republicans enable what amounts to a cover-up.

Because Democrats are in the minority, they cannot shut everything down completely. But they can throw a wrench into how the Senate operates, slowing down business.

Senators often request "unanimous consent," which allows procedures to be expedited without following every rule governing the Senate. If an objection is made to unanimous consent, it can slow down the Senate's work without violating the rules.

Senate Majority Leader Mitch McConnell (R-KY) reacted to the firing of Comey by rejecting demands for an independent prosecutor to investigate the connection between the Trump campaign and Russia. Defying logic, McConnell said an independent probe would "serve to impede the current work being done."

In response, Sen. Dick Durbin (D-IL) objected to a unanimous consent request from McConnell allowing committee hearings, a move which was praised by Sen. Jeff Merkley (D-OR), who said the "Senate needs to focus on the constitutional crisis Trump has created."

Good initial move by @SenatorDurbin. Senate needs to focus on the constitutional crisis Trump has created, not business as usual. https://t.co/iHwnRqdZVd

"This makes no sense whatsoever" Sen. Collins says of Sen. Schumer objecting to an Aging Committee hearing because of the Comey matter.

An aide to Durbin told Bloomberg: "Today is not a business as usual day with a constitutional crisis on our hands."

And these moves have wide support from the public. The group Americans for All of Us is circulating a petition, calling on Democrats to shut down the Senate until an independent investigation of Trump is ordered. They write, "The fate of our republic depends upon Senators refusing to conduct any further government business until there is an independent congressional investigation of President Trump’s abuse of power."

A crisis demands a strong response, and Senate Democrats have fired the first salvo over the dangerous abuse of power in the firing of Comey.