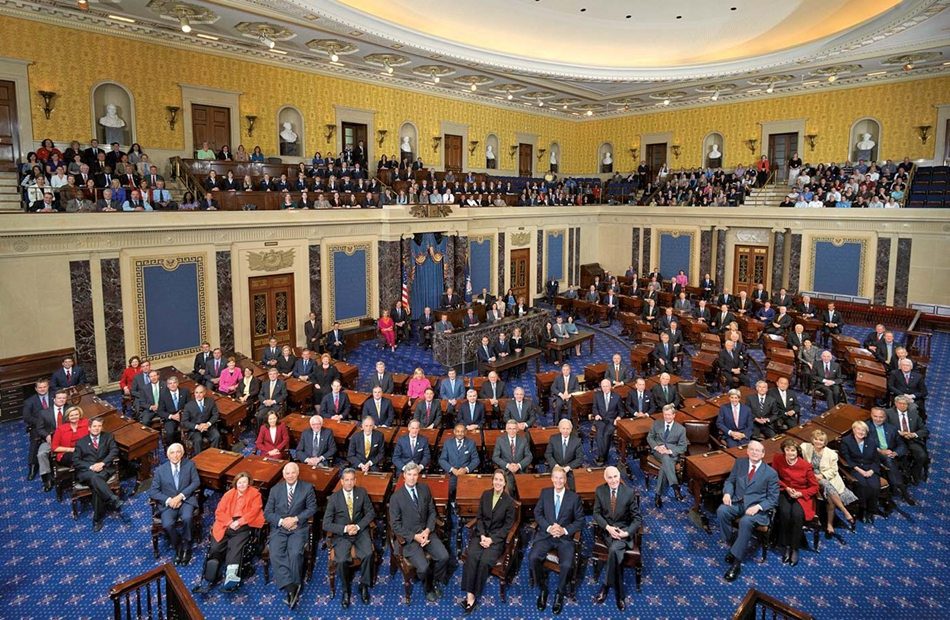 Photo: Wikimedia
Get The American Independent in your inbox

Every presidential cycle, commentary focuses more on the national election than the down ballot races, and that's certainly the case in 2016. But Democrats have several viable paths to reclaim the Senate majority, which would have dramatic consequences for the governance of either future president. We game out how it could happen.

Below, a graphic showing the various possible paths for Democrats to reclaim the Senate majority:

If Trump wins, Democrats need a minimum of six seats to take control.

Provided those likely wins convert into actual wins, Democrats would only need two of the following highly competitive Senate races:

Nevada: In the race to fill the seat being vacated by retiring Harry Reid, Catherine Cortez Masto (D) trails Joe Heck (R) by a single point.

New Hampshire: Incumbent Kelly Ayotte (R) has famously “supported but not endorsed” Donald Trump. Her challenger Maggie Hassan (D) is leading by an average of 3.6 points.

Pennsylvania: Seven of the last 10 polls have shown Katie McGinty (D) leading incumbent Pat Toomey (R). She continues to lead in current polling by an average of 3.8 points.

North Carolina: This contest has become competitive with a strong showing from Deborah Ross (D) against incumbent Richard Burr (R). Burr's lead has now dwindled to an average of 1.4 points.

Arizona: Incumbent John McCain (R) has served Arizona in the U.S. Senate since January 1987, and his seat was generally expected to be safe once again. But Ann Kirkpatrick (D) has closed in, and McCain now leads by a thin average of 5.2 points.

Ohio: Incumbent Rob Portman (R) is being challenged by former Governor Ted Strickland (D) and is currently leading by an average of 7.3 points.

There are three races that are more competitive than expected: In Missouri, Roy Blunt (R) is polling ahead of Jason Kander (D) by an average of 4 points; in Iowa, Chuck Grassley (R) has a 7.8+ average lead over Patty Judge (D); and in Georgia, the little polling available is showing John Isakson (R) only 8+ ahead of Jim Barksdale (D).

As we always caution, polls are only a snapshot of one moment in time. But, right now, the possibility of a Democratic Senate majority is looking good.

Melissa McEwan contributed to this article.