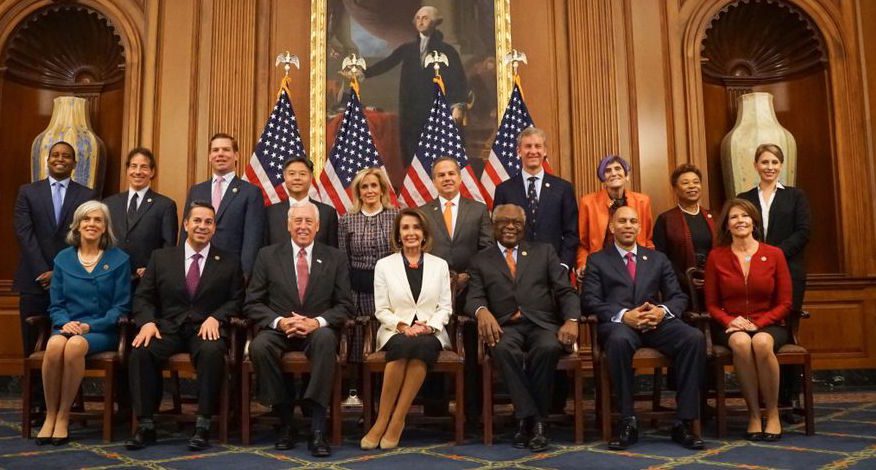 Nancy Pelosi - Twitter
Get The American Independent in your inbox

Nancy Pelosi and a new Democratic majority will kick things off with a bold proposal to protect voting rights and fight corruption when they reclaim power in January.

In the 2018 midterms, voters sent a clear message rejecting Republican efforts to prioritize the wealthy and privileged over regular Americans, which included the failed GOP tax scam and attempts to rip away health care from millions.

But since most Americans don't actually support Republican policies, the GOP has spent decades working to make it harder for some Americans to vote, so that the party can avoid democratic accountability.

Republicans in Congress have also steadfastly refused to hold Trump accountable for his many abuses of power, and have enabled a culture of corruption in Washington.

That's why, when Nancy Pelosi and a new Democratic majority take control of the House of Representatives in January, their top priority will be to ensure that democracy works for everyone.

"In the 116th Congress, our first order of business is giving democracy back to the people," Rep. Terri Sewell (D-MS) said at a Friday press conference introducing "HR 1," the symbolically important first bill of the new session.

HR 1 will focus on strengthening democracy, which Republicans have abandoned in their complicit acquiescence to the Trump agenda.

"We will promote national automatic voter registration, bolster our critical election infrastructure against foreign attackers, and put an end to partisan gerrymandering once and for all by establishing federal guidelines to outlaw the practice," Pelosi and Rep. John Sarbanes (D-MD) wrote in a recent Washington Post op-ed.

"Let's make it easier, not harder, to vote in America," Sarbanes said at the Friday press conference.

While Democrats believe that voting is a foundational right in a democracy, Republicans have spent years trying to deny that right to many, mainly racial minorities and young people.

In North Carolina, the GOP-controlled legislature passed a voter suppression bill so outrageous that a federal court said it targeted black Americans "with almost surgical precision."

When the Supreme Court struck down key provisions of the Voting Rights Act, Republicans in Congress refused to make any attempts to find a legislative solution.

Paul Ryan, who is retiring this year after a disastrous tenure as House speaker, went so far as to claim that it's "bizarre" to actually count every vote in large states like California.

Unlike Republicans, Democrats believe that every eligible voter deserves the right to vote, and that their vote should be counted.

Beyond strengthening voting rights, HR 1 also seeks to protect our democracy by fighting the corruption that tilts the playing field in favor of wealthy dark money organizations.

According to draft legislation viewed by the Washington Post, the bill will set "new donor disclosure requirements for political organizations," and help strengthen the impact of small donations to political campaigns.

"Wealthy special interests shouldn’t be able to buy more influence than the workers, consumers and families who should be our priority in Washington," Pelosi and Sarbanes wrote.

The bill tackles one more issue that Republicans blithely ignored — the rampant corruption in the Trump administration. The draft bill the Post saw includes provisions to end first-class travel for most federal employees.

Trump's Cabinet is widely known for abusing the trust of taxpayers by spending millions of dollars for luxury travel, while a complicit Republican Congress did nothing to rein in the wasteful, and possibly illegal, spending.

To boost transparency, the bill will also require the president to release his or her tax returns.

Trump has steadfastly refused to do this, even as questions swirl about his family's shady attempts to avoid paying taxes, and as criminals reveal Trump's financial connections to Russia during the 2016 campaign.

For the first two years of Trump's term, Republicans have given corruption free rein and refused to hold Trump accountable.

They were willing to do anything to hold onto power in Congress so that the GOP could keep handing out deficit-financed kickbacks to Wall Street billionaires and ripping health care away from children and families.

Democrats, led by Pelosi, will soon take back the reins of power and begin the process of cleaning up the mess left behind by the failed Paul Ryan and the Trump-enabling Republican Party.