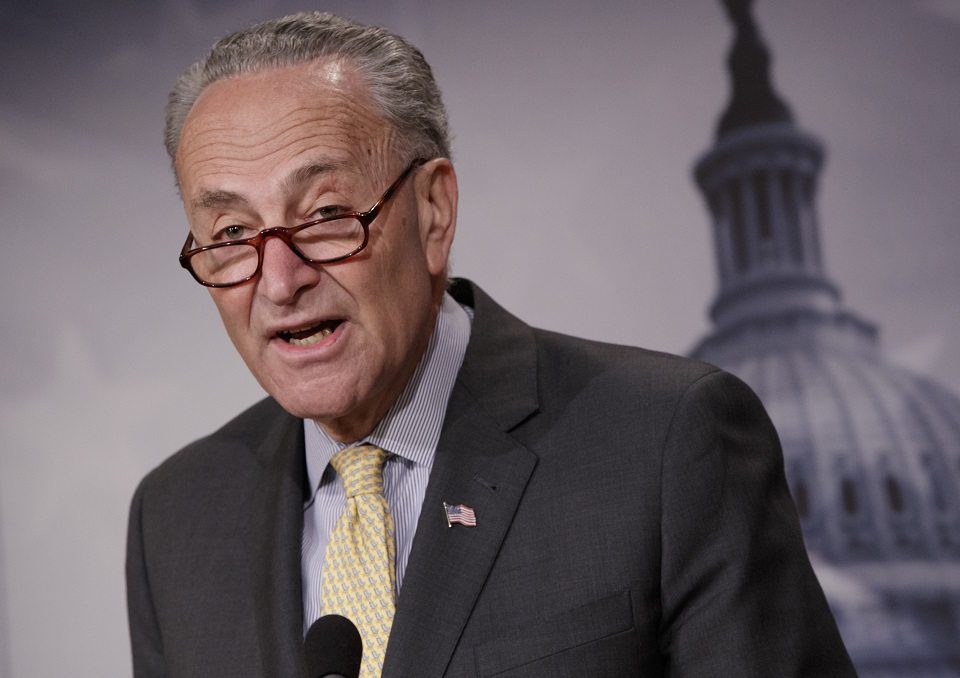 Attorney General Jeff Sessions came under immediate and intense pressure from Democrats to resign in the wake of the revelation that he had repeated contacts with Russia during Donald Trump's presidential campaign. Now, a flood of elected Democrats are openly pointing out that Sessions perjured himself in testimony to Congress.

Because the Department of Justice should be above reproach, for the good of the country, the Attorney General should resign.

AG Sessions is not fit to serve as the top law enforcement officer of our country and must resign. https://t.co/5r8KpGQSRT pic.twitter.com/vKSVuvTIf3

While Democrats demanded Sessions' resignation, Republicans tried to soften the blow by calling for Sessions to recuse himself from any investigations into Team Trump's Russia ties. These revelations, however, are in direct contradiction of Sessions' testimony at his Senate confirmation hearing:

Senator Franken, I’m not aware of any of those activities. I have been called a surrogate at a time or two in that campaign and I did not have communications with the Russians, and I'm unable to comment on it.

In the hours since this story broke, notable elected Democrats have begun to point out that Sessions lied under oath, and even to openly accuse him of perjury:

Those of us who opposed Sessions from the beginning saw him for who he was -- a throwback and a liar. Sessions needs to resign, immediately.

It is clear Attorney General Jeff #Sessions lied under oath about meeting with Russian officials. He must resign immediately.

HERE is my written Q to Sen. Sessions in the confirmation process, and his unequivocal answer, under oath: https://t.co/cWHyjz4P6C

It's not illegal for a Senator to speak w the Russian Ambassador. So why lie about it under oath? Makes no sense, unless...

We are far past recusal. Jeff #Sessions lied under oath. Anything less than resignation or removal from office is unacceptable.

If it turns out Sessions lied under oath, he of course will be sbjct to criminal prosecution & shld immediately resign. #ResolutionofInquiry https://t.co/Lw3oDdv62x

No spin from Trump admin can hide the fact that Sessions lied under oath and committed perjury about Russian ties. Sessions must resign.

Perjury is a felony and may be punishable by prison for up to five years. pic.twitter.com/Vj2s4Wjri3

the offense of willfully telling an untruth in a court after having taken an oath or affirmation.https://t.co/x9qN6nyD3t

In case you were curious, here’s the federal code on perjury. cc: @TheJusticeDept #Sessions pic.twitter.com/ax9AqIqdUb

Perjury by Exec Branch officials to Congress is so serious that there's a specific law criminalizing it. #Sessions https://t.co/elaVNHz8Cd

A perjury conviction carries a prison sentence of up to five years. If pressure on Sessions continues to escalate, he may end up wishing he really had offered to recuse himself — as several media outlets falsely reported that he did — or that he had heeded the calls for his resignation.