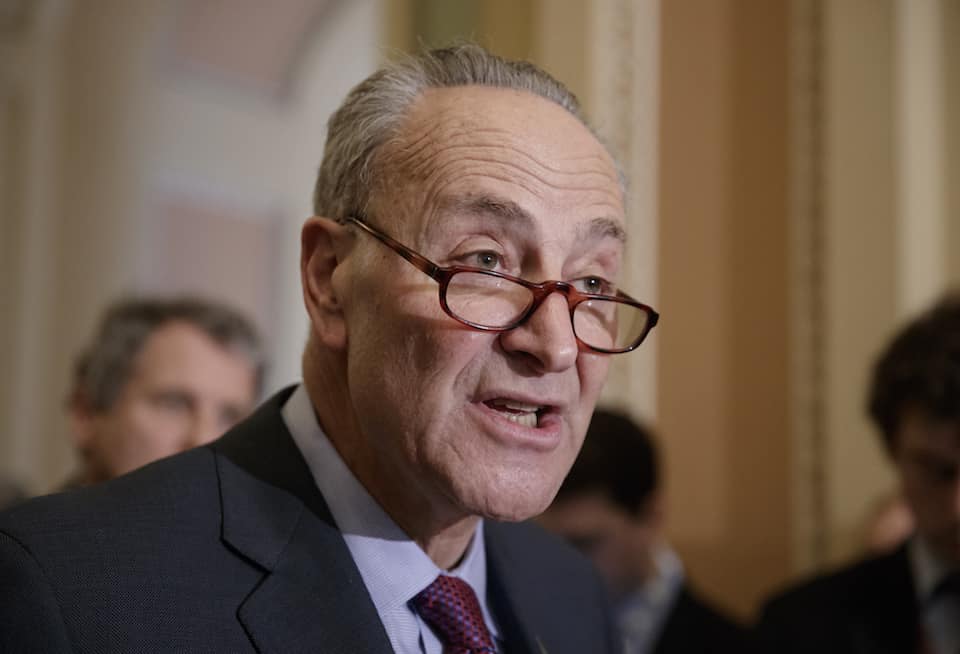 Democrats are not simply enjoying a victory lap over the failure of Donald Trump's attempt to repeal Obamacare — they are already applying pressure to Republicans to improve health care, rather than allowing them to undermine it more than they already have.

On the heels of Donald Trump's failure to repeal Obamacare, Democrats are already formulating a strategy to capitalize on Trump's ostensible overtures for bipartisanship.

Whether those overtures are genuine or not, they provide Democrats with an opportunity to pressure Trump and the Republicans to improve the current health care system, rather than trying to make good on Trump's promise that Obamacare will "explode."

Over the weekend, Senate Democratic Leader Chuck Schumer (D-NY) expressed a willingness to work with Republicans on health care as long as repeal is "off the table" and they "stop undermining the ACA," while others, including Representative Debbie Dingell (D-MI) and Senator Bernie Sanders (I-VT), suggested specific improvements like a public option, expanded Medicare eligibility, and lowering the cost of prescription drugs.

Former Democratic Congressman and current CNN analyst Bakari Sellers identified a particular improvement that could be a key point of political leverage with Republicans, one which would exploit a provision of the failed GOP plan that would also fix some of the damage that Republicans did to the Affordable Care Act:

I actually applaud Congresswoman Dingell for sitting here and saying that she is willing to work with Donald Trump and the Republicans to fix the Affordable Care Act. We all know that premiums are rising and we need to do something about that. We need to focus on the Republican part of the plan where they were going invest $100 billion over nine years to help stabilize the markets. These are things that we can do together. The Democratic base is appreciative for how far Obamacare has gotten us, but they also understand that we have to reform it so we can take it further.

One key point that has been missed in much of the coverage is that many of the complaints Republicans have made about Obamacare are actually the result of their own actions. The provision Sellers mentioned is a prime example of this: Much of the GOP push for repeal centered around the unchallenged lie that Obamacare is in a "death spiral," when in fact, the Congressional Budget Office (CBO) has predicted that the health insurance market under either Obamacare or the Republican repeal plan would still be stable in 2026.

The difference is that Obamacare stabilizes the market using subsidies and the individual mandate to expand the pool of insured people, while the Republican plan did it by gutting coverage requirements, forcing sick people out of the market, and by paying off insurance companies to the tune of $100 billion through a "stabilization fund." The inclusion of that provision is an explicit acknowledgement that government help is needed in order to keep insurance companies from leaving the individual market.

It is also proof of Obamacare's superiority to the Republican plan, since the ACA market projections remained stable without it. In fact, one of the reasons insurers have left some state markets is that Republicans blocked a much smaller stabilization fund that was written into Obamacare. While the Republican plan needed $100 billion over ten years, the Obamacare fund would have only lasted three years, and only resulted in claims of $2.87 billion and $5.8 billion its first two years. Republicans blocked it, which did cause insurers to leave some markets, but still could not destabilize the plan.

Now, Democrats can leverage that rank bit of hypocrisy to suggest, as Sellers did, that Republicans use those funds to improve choice by making the marketplaces more attractive to insurers, or to expand subsidies, or any number of improvements.

Trump's prediction that Obamacare will "explode" can only come true if he and the Republicans actively work to undermine the law, but by pressing for improvements, the Democrats are in a position to marshal the same sort of resistance that defeated the repeal plan in the first place.