Home National Democrats resolve to be 'the barrier' and bring the fight to Trump
Support progressive journalism.
Donate today 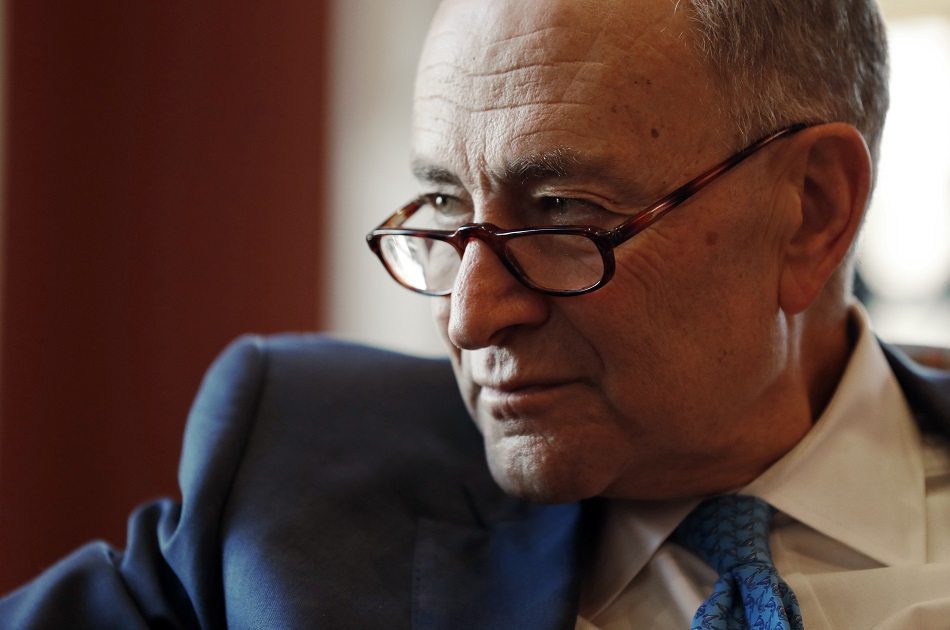 The GOP has control of the presidency and both houses of Congress. President-elect Donald Trump and his fellow Republicans are using this to assert a mandate and make troublesome policy and staffing moves. But many Democrats in Congress are not going to sit idly by while it happens.

Election night was a difficult one for Democratic politicians and voters and their vision for the country, and the ensuing days have been filled with worry and fear over the incoming administration's staffing moves and policy pronouncements. But there is reason to be hopeful.

Many Democrats, both current and incoming officeholders, are loudly and forcefully planning to fight President-elect Donald Trump on policies and appointments that are dangerous for the country and incompatible with effective governance.

Senator Charles Schumer (D-NY), recently elected as the next Senate Minority Leader, has made a few statements about wanting to work with Trump on areas where compromise may be possible. But he has also made it very clear that he and his fellow Democrats will be "the barrier" against overreaches of power:

That job [as Senate Minority Leader], in Mr. Schumer’s view, is to serve as the bulwark against a unified Republican government led by his former campaign donor, President-elect Donald J. Trump; to use the power of the Senate minority to try to force compromise when possible; and to stand in the way of Republicans when necessary.

“We are the barrier,” said Mr. Schumer, noting that the rules of the Senate — at least as they currently exist — give Democrats there much more power than their House counterparts to hold the line against Republican policies they oppose.

“If he is going to agree on issues like trade and transportation infrastructure in a very real way with us, we have an obligation to pursue it,” Mr. Schumer said about Mr. Trump, who quickly reached out to Mr. Schumer by phone after his presidential victory.

“But at the same time, we have an obligation to oppose him on all the places where he tramples on our values, travels with racism, or just dismantles things because the right wing tells him to do so. That is where we are at.”

Alongside Schumer, Senator Elizabeth Warren (D-MA) is also ready to stand against Trump. Remarking on the possibility of the Republicans trying to dismantle the Consumer Financial Protection Bureau — an agency she helped create — Warren declared, "If they want to fight, it's a fight they'll get."

Warren also recently sent a letter to Trump, laying out her concerns about his appointments of "Wall Street elites, industry insiders, and lobbyists" to his transition team and cabinet. She pointed out that these choices directly contradict his campaign promise to "drain the swamp" and offered vehement condemnation if he continues on this path:

One of Trump's appointments in particular is of specific concern to Senator-elect Kamala Harris (D-CA), the attorney general of California. Harris has expressed misgivings about Senator Jeff Sessions (R-AL), Trump's nominee for attorney general of the United States, most notably on the grounds of civil rights protection:

I have deep concerns about Senator Sessions' nomination. Particularly, I am concerned with his support for policies that would undermine core Department of Justice functions and his views that are incompatible with constitutional guarantees.

I know from my own career in law enforcement, civil rights, and the six years I have spent as California's Attorney General how important this role is for our society. The Attorney General is the people's lawyer, a public servant who is sworn to uphold the promise of equal protection under the law and to ensure the fair administration of justice for all.

It is easy to be discouraged and fretful about the track upon which the country is about to embark under a Trump presidency, but it is essential to remember that we do still have a two-party system, and that even if one party controls the White House and Congress, the other party is still at the table.

And they are promising to remain there, to fight for the rights and protection of every American.