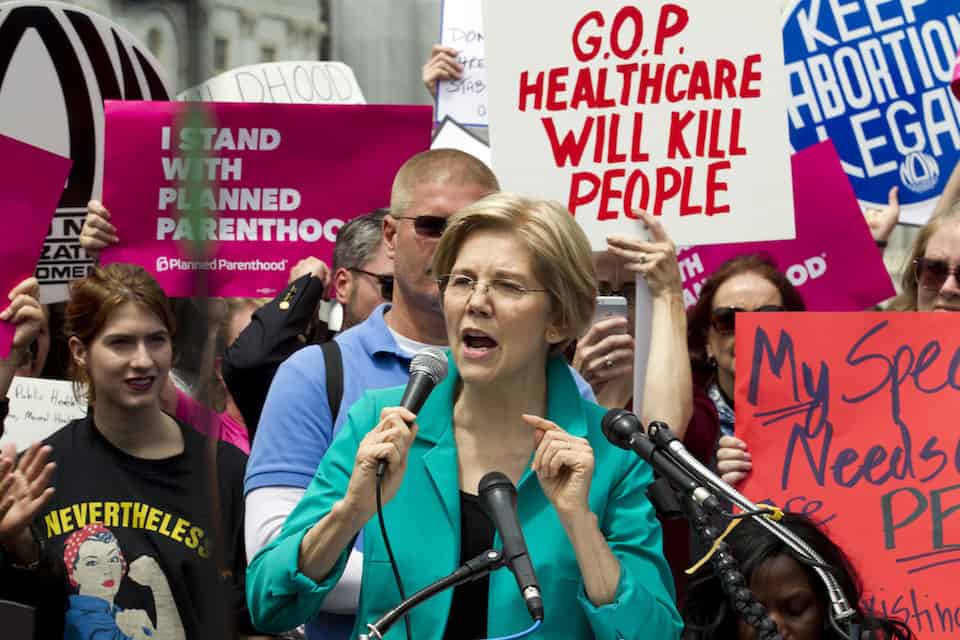 Senate Democrats will stand up for the vulnerable Americans who would be harmed by the Republicans' health care repeal plan.

Democrats in the Senate have put forth their plans designed to stop the passage of the Senate Republicans' health care repeal bill, which is being composed in secret and set to be rammed through the legislature and on to Donald Trump's desk.

For business to proceed in the Senate, senators usually make a request of "unanimous consent" to move on. Democrats plan to object to almost all such requests, which is their right, slowing the legislative body down considerably.

They also will make their own consent requests, aimed at pushing the bill back into committee and delaying a series of votes on amendments, while making the details of the bill more public to force Republicans to defend their policy of drafting the bill in secret.

In addition to the procedural tactics, Democrats will also use their time on the floor of the Senate to highlight the unpopular provisions of the proposal, which has been the Achilles heel for Republicans.

In a pointed move, Democrats also put out a list of rooms available in the Senate for an open hearing on the proposal, something Republicans have avoided.

There are 31 available rooms to hold a Senate hearing – what is the Senate GOP trying to hide? #Trumpcare #ShowUsTheBill pic.twitter.com/SNs02IPZJE

In a series of videos and social media posts with the hashtag #AmericaSpeaksOut, Senate Democrats highlighted the draconian provisions of the bill, and the Americans who would be targeted as it wipes out health insurance for over 23 million people.

As Senate GOP continues to hide their #Trumpcare bill, its time #AmericaSpeaksOut on what the bill will mean for them. Share yours today: pic.twitter.com/3QWNyLxcGV

They are also soliciting stories from ordinary citizens as part of the effort to push back on the initiative backed by Trump, House Speaker Paul Ryan, and Majority Leader Mitch McConnell.

An unpopular bill with deadly consequences is stealthily being pushed through the legislative process, but it won't make it all the way through without vocal and vehement opposition.