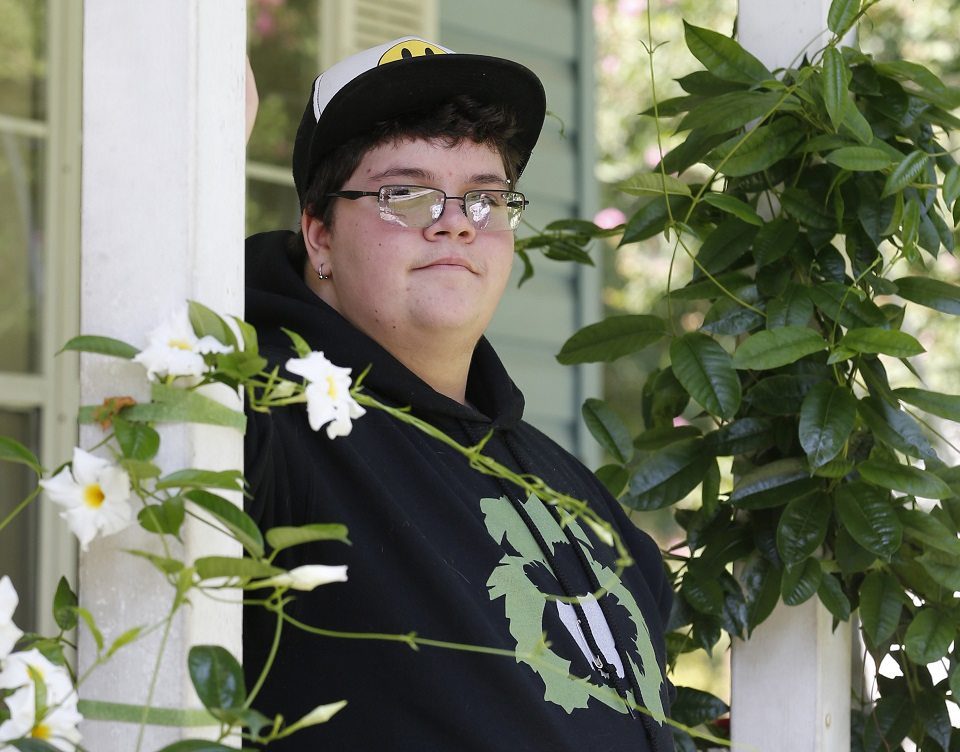 Democrats in Congress continue to uphold their party's ideals of inclusiveness and empathy, and of speaking up on behalf of marginalized communities. A coalition of nearly 200 Democratic officials have filed an amicus brief with the Supreme Court in support of equality for transgender and gender non-conforming students under Title IX.

The Democratic Party platform put together during the 2016 election was the most progressive in the party's history, focused on the tenet that "diversity is not our problem — it is our promise" and the belief that we are "stronger together."

In one example, the platform declares that "LGBT rights are human rights" and that the party would "continue to stand with LGBT people around the world."

In the era of the Donald Trump administration, the party will also need to stand with LGBT individuals here at home. And they are stepping up to do so in a much-needed way.

Led by Senator Al Franken (D-MN), Senator Tammy Baldwin (D-WI), and Representative Jared Polis (D-CO), nearly 200 Democratic members of Congress — joined by only one of their 238 Republican colleagues, Representative Ileana Ros-Lehtinen — have signed on to an amicus brief filed with the United States Supreme Court, in the case of Gloucester County School Board v. G.G., in which the rights of transgender students to be free from discrimination and protected from harassment in school could be decided. The case centers on Gavin Grimm, a transgender teenage boy in Virginia, who was prohibited from continuing to use the boys' bathroom at school after a school board member became aware of Gavin's gender identity and proposed a new policy requiring transgender students to use a separate bathroom from all other students.

In a press release announcing the brief, the broad coalition of lawmakers were clear and forthright about the urgency of this issue:

This is the first time the Supreme Court will consider whether transgender students are protected from discrimination by our federal civil rights laws. Over the past two years, there have been increasing state-level efforts to undermine nondiscrimination protections for transgender people, and the senators say a victory in this Supreme Court case is vital to ensuring that all students are able to be safe and respected in school.

Those state-level efforts include many so-called "bathroom bills," similar to the Gloucester County School Board policy, which prevent transgender people from using public bathrooms which correspond to their gender identity rather than the gender they were assigned at birth. Further, the Trump administration recently moved to rescind guidelines from President Obama which sought to expand and protect bathroom access for transgender students.

In the face of a White House which is already showing marked hostility to the transgender community — people who are at grave risk of hate-based harassment, violence, and murder, as well as frighteningly high rates of suicide, due largely to "pervasive mistreatment, harassment and violence in pretty much every facet of life" — it is crucial and heartening that the Democratic Party is using their power to defend those who have little.

House Democratic Leader Nancy Pelosi (D-CA) joined her colleagues in filing the brief, saying in a statement, "Following President Trump’s utter failure to stand up for vulnerable students and defend all LGBT Americans, Democrats are leading the charge to uphold equality for transgender youth."

Her sentiments were shared by James Esseks, the LGBT Project director at the ACLU, who noted in a statement that "the Trump administration has shamefully turned its back on these students."

And as Mara Keisling, the Executive Director of the National Center for Transgender Equality, put it succinctly in her statement: "With transgender students and their families across the country feeling under attack, the voices of leaders like these members of Congress are needed more than ever."