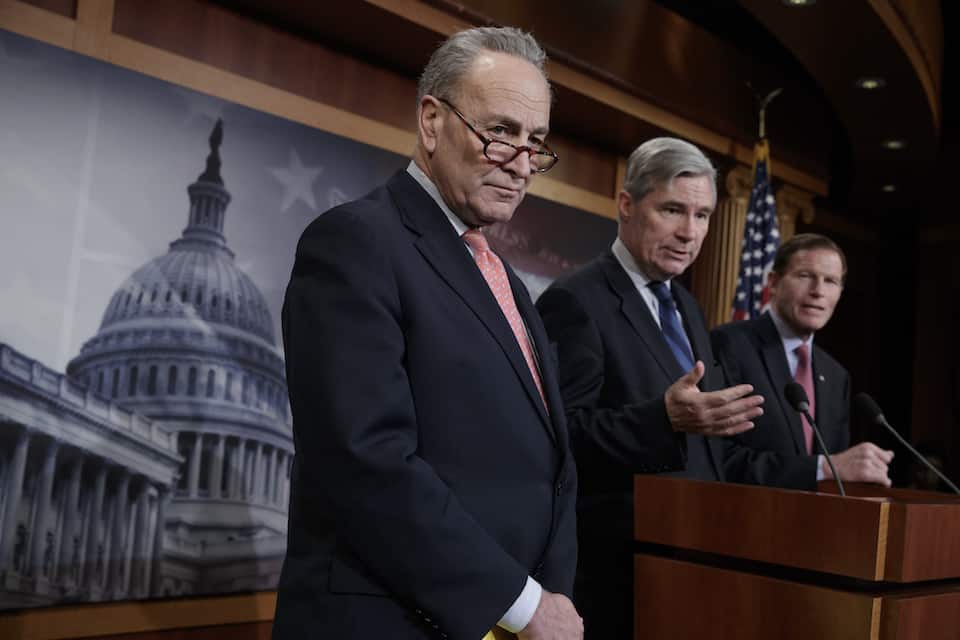 In a Friday afternoon already packed with incredibly bad news for Donald Trump and his team comes yet another bombshell that proves skeptical Democrats have been right all along.

When the White House announced the firing of FBI Director James Comey, Democrats quickly dismissed the offered excuse: that Comey was fired because of his mishandling of the investigation into Hillary Clinton's emails.

Senate Minority Leader Chuck Schumer held a press conference that night, saying the firing "is part of a deeply troubling pattern from the Trump administration" and appeared to have been "part of a cover-up" of the Trump team's ties to Russia.

It looks now like Schumer was on to something:

Investigators into Russian meddling in the U.S. presidential elections are now also probing whether White House officials have engaged in a cover-up, according to members of Congress who were briefed Friday by Deputy Attorney General Rod Rosenstein.

McClatchy reports that the target of the investigation is not yet known, but earlier on Friday, the Washington Post reported that  investigators have "identified a current White House official as a significant person of interest, showing that the probe is reaching into the highest levels of government[.]"

This would confirm what Schumer and other Democrats have been saying since Comey's firing — and before that. After Deputy Attorney General Rod Rosenstein's briefing on Friday, Rep. Sheila Jackson Lee (D-TX) said she believes "there are a number of cover-ups."

Virginia Sen. Tim Kaine had said, after the firing, that it was "an attempt to obstruct the investigation into ties between Russia and the Trump campaign."

Maryland Rep. Elijah Cummings, ranking member of the House Oversight Committee, who has long been calling for a far more aggressive and independent investigation, held a press conference in April, before Comey was fired, and said, "I honestly do not understand why the White House is covering up for Michael Flynn. I don’t get it."

Schumer, Jackson Lee, Cummings, and many other Democrats have been relentless in demanding an independent investigation into the Trump team's ties to Russia. Every Democrat in the House has co-sponsored a bill that would create such an investigation. Thus far, only two of their Republican colleagues have joined them.

In the past week, Americans have learned that Trump gave highly classified information to top Russian officials; that he fired the FBI director because he hoped to shut down the investigation into disgraced former National Security Adviser Mike Flynn; that Trump told those Russian officials that was the reason he fired "nut job" Comey; and that the investigation into collusion between Trump's campaign and Russia reaches into the highest levels of the administration.

Democrats have been right all along, and the time to answer their urgent call for an independent investigation is now. Right now.