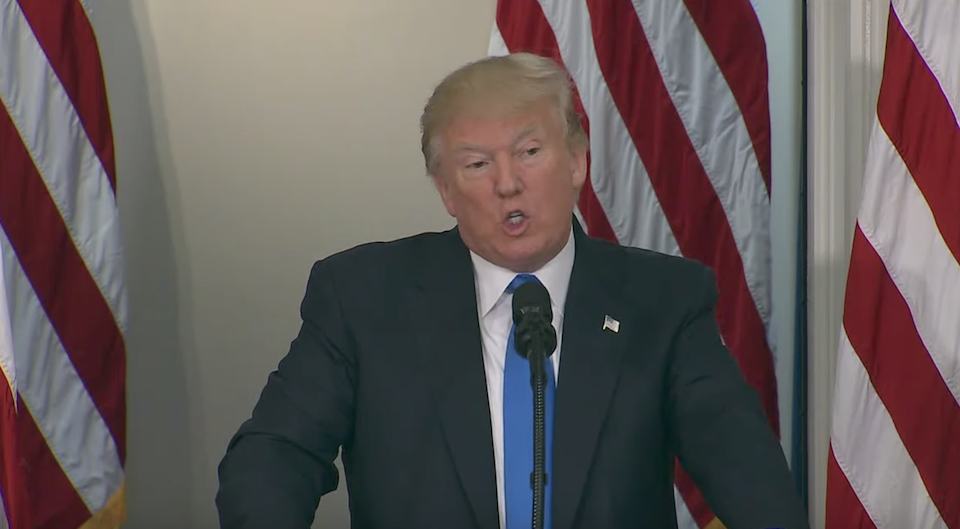 The beleaguered panel held its first public meeting Wednesday as Democrats launch a counter-offensive to block the "voter fraud" crusade.

The group is re-launching its Voting Rights Institute “with lawyers, advisors and experts from every corner of the country — encouraging the establishment of chapters in every state and territory.” State parties will also be aided by voter-protection staff to quickly address issues of suppression.

Democrats are being joined by an array of progressive, civil rights, and privacy groups that are battling the commission.

On Tuesday, the NAACP’s Legal Defense and Education Fund, along with Ordinary People Society, filed a lawsuit in federal court, alleging the commission is unconstitutional because it targets voters of color.

That move came one week after ACLU went to court to try to stop the besieged commission, and four days after Common Cause filed a lawsuit to protect voter privacy. There are now at least seven federal lawsuits targeting the commission.

Co-chaired by Mike Pence and Kansas Secretary of State Kris Kobach, the commission represents an elaborate attempt to prove baseless allegations made by Trump that millions of fraudulent ballots were cast during last November’s election.

Already the target of multiple lawsuits and widespread bipartisan criticism on the state level, the commission is holding its first public meeting today at the White House.

"Throughout the campaign, and even after it," he said, "people would come up to me and express their concerns about voter inconsistencies and irregularities which they saw. In some cases having to do with very large numbers of people in certain states."

There’s no indication the commission will make any effort to investigate Russia’s brazen attempt to interfere with last year’s election.

As with everything associated with the Trump administration, it’s bizarre for a political party to feel the need to declare war on a presidential commission, since traditionally those types of panels have served as bipartisan, fact-finding initiatives — such as the President's Commission on the United States Postal Service in 2010, or the President's Commission on the Accident at Three Mile Island from 1979.

But Democrats see the voting commission for what it is: an organized attempt on the federal level to suppress future votes under the guise of “voter fraud.” Then, once the commission reaches its pre-determined conclusion about the dangers of rampant voter fraud, Republicans will rush to propose new laws to suppress the vote. It’s a strategy the Republican Party has been aggressively pursuing nationwide in recent years. And Kobach is the point person for the crusade.