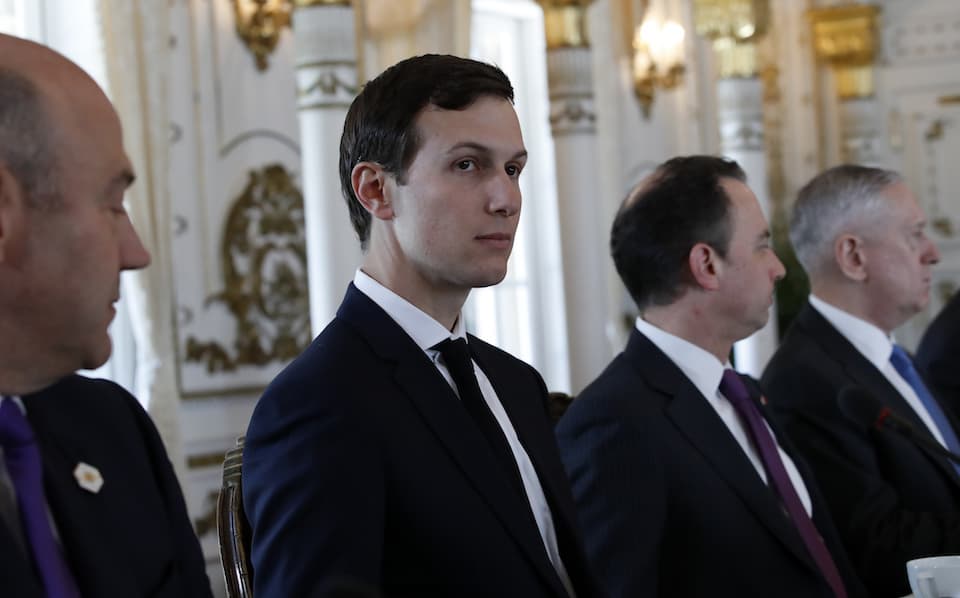 Democratic members of Congress are calling for Jared Kushner's security clearance to be revoked, pending an investigation into why he failed to disclose his meetings with Russian officials on an official government form, which could be a crime.

House Democrats are pushing for Jared Kushner, Donald Trump's son-in-law, to lose his security clearance after he failed to disclose contacts he has had with Russian officials. Kushner got his clearance as part of his job as a senior advisor to Trump in the White House.

In the letter, the congressmen note that Kushner "failed to disclose key meetings with foreign government officials during his application process for top-secret clearance." They pointedly reference the firing of National Security Advisor Michael Flynn for lying about contact with Russia, and Attorney General Jeff Sessions' decision to recuse himself from Russia investigations after he hid his own meetings with Russians.

The congressmen cite a New York Times report that detailed how Kushner omitted his meetings with Russian ambassador Sergey I. Kislyak and Sergey Gorkov, a Russian banker who is a Putin crony with a KGB past.

The letter to Comey and Phalen notes that "knowingly falsifying or concealing information" on the particular official government forms in question "is a felony, punishable by up to five years in prison." They ask the officials to pull the security clearance Kushner received as part of his White House job, and call for that clearance to be reviewed in light of the new evidence.

News of the conveniently disappeared meeting was quickly buried under the announcement of Trump's decision to hit Syria with airstrikes. But the ongoing Trump-Russia investigations and queries have not been deterred by other distracting decisions and behavior from the White House.