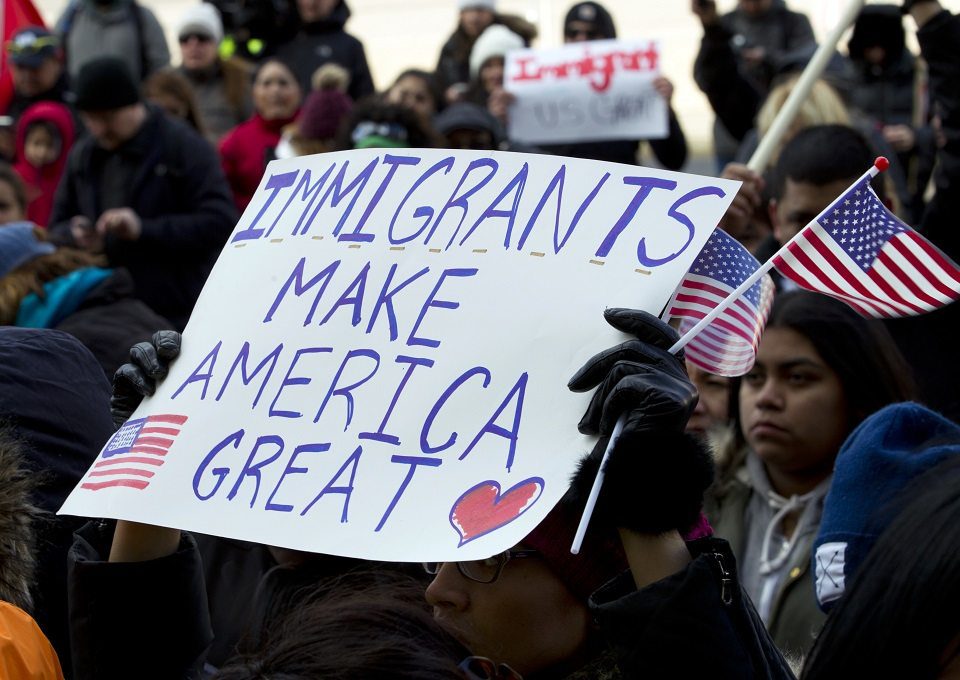 Donald Trump claimed during the campaign that his immigration deportation force would focus on "bad hombres," but the truth is those being targeted are mothers and fathers, people without criminal backgrounds, and their families are suffering.

The people targeted by Immigration and Customs Enforcement (ICE) raids since the beginning of the year are mothers, fathers, people without criminal records, people with severe illnesses or injuries, people brought to America as children, and local business owners.

They are not the criminal gang members and rapists and drug dealers Donald Trump and his allies so often invoke as parasites that have attached themselves to America. Trump is using this caricature of immigrants to justify ideas like his Victims of Immigration Crime Engagement (VOICE) program, purportedly to advocate for crime victims, but in truth it is to create a smokescreen for more racial demagoguery and discrimination.

Families are suffering so that Trump can make a crude example and a scapegoat of an ethnic minority.

The victims of these raids include:

- A 26-year-old woman with a brain tumor was detained by ICE and blocked from contacting her family.

- A victim of domestic violence was arrested by ICE agents in El Paso, TX, while she was at a courthouse seeking a protective order from an abusive boyfriend.

- Guadalupe García de Rayos, a mother of two who had checked in with immigration officials for almost a decade, was separated from her children and husband by ICE and sent to Mexico.

- Martha Pina, a mother who herself was brought to America as a child over 40 years ago, was arrested by ICE in front of her daughter and family.

- Daniela Vargas, a 22-year-old who was brought to America when she was 7, was arrested by ICE after holding a press conference to speak about her fear of deportation.

- Manuel Mosqueda, a 50-year-old house painter, was put on a bus and sent back to Mexico while ICE agents were looking for somebody else.

- Sergio, a father of two without a criminal record, arrested by ICE as he and his wife headed to work early in the morning, and taken 300 miles away from his family without money or extra clothes.

- A father, dropping his son off at an elementary school, was arrested by ICE.

- A man without a criminal record, engaged to be married, dragged out of his fiancé’s home by ICE.

- A barber and local business owner without criminal records were arrested by ICE agents in the parking lot of a Walgreens drug store.

Trump’s raids are casting a shadow over immigrant communities, increasing distrust and fear of law enforcement (giving crime an upper hand) and wreaking havoc on productive families that often go above and beyond to contribute to the fabric of American society.

Common-sense immigration reform, which has been blocked for years by Republicans, has given way to disruption, chaos, and racism, along with insipid and wasteful ideas like the border wall. And it all cascades from Trump at the top.