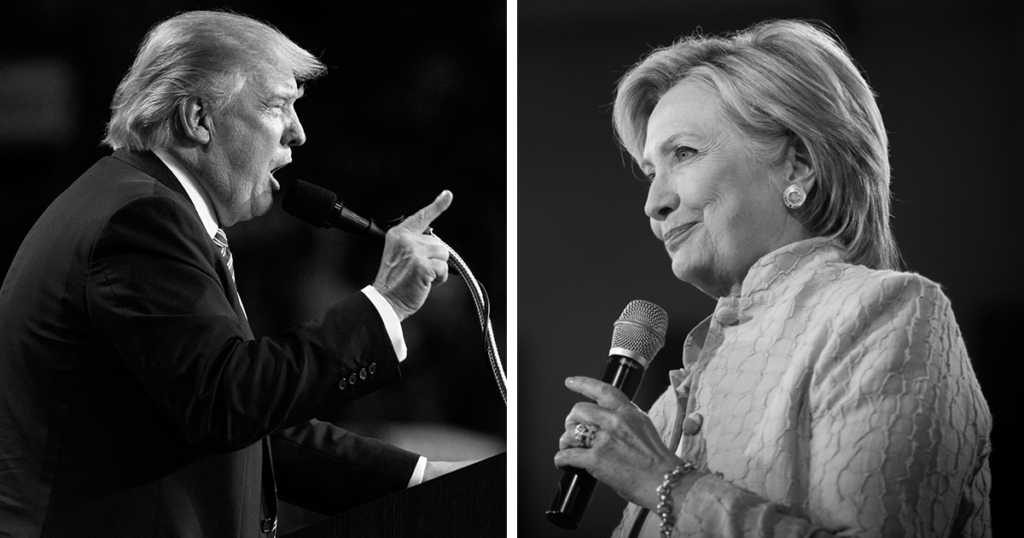 AP Photos
Get The American Independent in your inbox

For some mysterious reason — which I'm told has nothing to do with her gender — Hillary Clinton always has to trounce her opponents. If she leads (or wins) by a small margin, it's portrayed as an abject failure. So let's apply the same standard to Donald Trump.

With a few tweets and demeaning nicknames, Donald Trump handily dispatched some of the most powerful and well-funded Republicans in the country. So why is he struggling against Hillary Clinton in the general election despite a monumental and well-documented effort by the national media to tilt the playing field in his favor?

Look at this graphic from the Washington Post (tweeted with no sense of irony by a reporter who has pushed the email story more than just about anyone in the media):

Gallup's finding is unsurprising. Our research team analyzed coverage of the Clinton emails and provided the data to Rolling Stone:

[The email story] has been covered in one or more major publications every single day (but four) for the past 562 days, according to the liberal digital-media company Shareblue. Clinton's e-mails now rival the Watergate scandal as one of the most reported stories in political history.

Contrast that brutally obsessive Clinton coverage with the free pass given to Trump for an interminable series of disqualifying transgressions. In recent days, he has gotten scant coverage for, among other things:

In addition to the corporate media's tireless efforts to derail his rival, Trump has several other major advantages in 2016:

He laid waste to the GOP field and built a head of steam out of the primaries.

He appeals to a highly energized segment of the U.S. electorate.

He has the well-honed conservative messaging infrastructure behind him.

He is allowed to lie, obfuscate and play dirty with few repercussions.

He is given a pass for an unprecedented lack of transparency.

He bullies the press, taunts his opponents, and maligns people with impunity.

He surrounds himself with some of the shadiest operatives in American politics.

His opponent has the disadvantage of three decades of false narratives and conspiracies.

Moreover, a Republican is typically favored after a two-term Democratic presidency.

So what's wrong with Donald Trump's campaign? Why isn't he leading Clinton? All things considered, why isn't this a Republican blowout?

Is it his weakness or her strength? Or both?

Perhaps he should be asked that question at the September 26 debate.