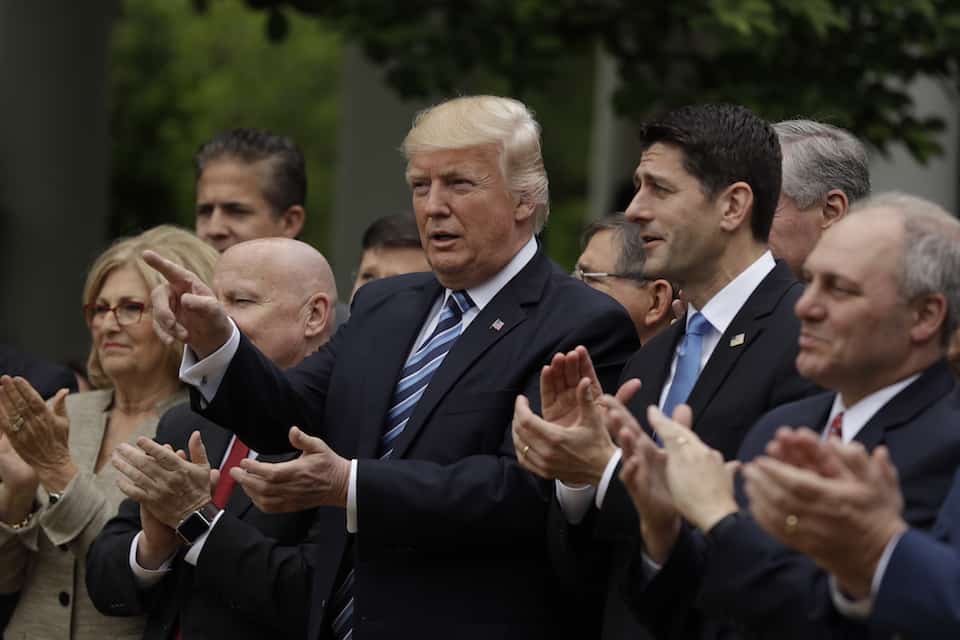 Republicans are struggling to find support within their own party for their disastrous bill — and an overwhelming majority of Americans want them to stop.

It's a huge mistake — huge — for Republicans to go forward with their plan to repeal Obamacare, kick at least 22 million Americans off insurance, and gut Medicaid to give $541 billion in tax cuts to the rich.

And the numbers prove it. Lots of numbers.

A mere 17 percent of Americans approve of the Republican repeal plan, and 55 percent disapprove, according to a new NPR/PBS NewsHour/Marist poll. And while the GOP has now spent four election cycles running on the vow to repeal Obamacare entirely, only 25 percent of voters agree with them.

In fact, far more Americans want Obamacare to be changed so it does more, and only 7 percent want it changed to do less.

Those numbers directly contradict the assertions from Republicans like Speaker Paul Ryan, who have absurdly claimed that the 22 million Americans who would no longer be insured under the GOP plan would simply choose to forego health coverage because they "don't like or want" it.

And given that Americans want Obamacare to do more, not less, the gutting of Medicaid and the expansion program that has allowed more Americans access to health care would appear to be very unpopular as well.

There are other bad numbers out there for Republicans and their obscene attack on health care.

A poll from Politico/Morning Consult find that a mere 26 percent think the quality of the nation's health care would be improved. For all of the crowing from Donald Trump and the rest of the party about how their plan will make health care better, Americans aren't buying it.

And it gets worse.

A USA Today/Suffolk University poll, partially conducted after the Congressional Budget Office released its damning report on the Senate bill, shows even worse numbers, with only 12 percent of Americans supporting it.

Even among Republican voters, the numbers are bad. Only 26 percent support the bill, and a majority — 52 percent — say they don't have enough information about it.

That's because a group of 13 Republican men drafted the bill in secret, without holding a single hearing or answering any questions. Most Republicans have avoided holding town halls to explain to their constituents what they are trying to accomplish with their bill.

No wonder Americans have no idea what the bill does but are fairly convinced it's not good.

And for vulnerable Republicans whose names will appear on ballots in 2018, it gets even worse:

By more than 4-1, those surveyed trust congressional Democrats over congressional Republicans to protect the interests of them and their families on health care, 43%-10%.

If Republicans insist on going forward with their deeply unpopular plan — when all of the numbers overwhelmingly show that they shouldn't — they are going to find out just how unpopular they are on Election Day.