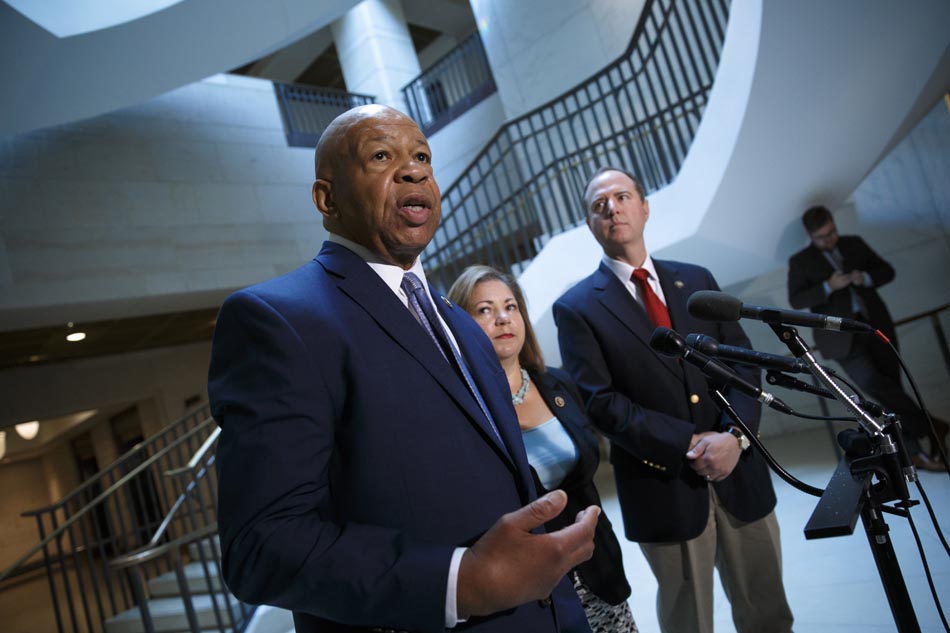 Congressional Democrats are mounting an increasingly intense call for inquiries into Russian interference in the 2016 election. Foreign meddling in one of the most basic tenets of our democracy — free and fair elections — should not be a partisan issue.

Senate Minority Leader Harry Reid (D-NV) called on the FBI to investigate Russian tampering in the election in August. Chuck Schumer (D-NY), who will succeed Reid in his leadership role, and House Minority Leader Nancy Pelosi (D-CA) have added their voices to that call. Rep. Elijah Cummings (D-MD), Ranking Member of the House Committee on Oversight and Government Reform, has been relentless in his pursuit of an investigation.

And in a request rare for its magnitude, Senator Ron Wyden (D-OR) and six other members of the Intelligence Committee are asking President Obama to declassify information related to Russia and the election.

But so far, other than Lindsey Graham (R-SC) and Marco Rubio (R-FL), Republicans have stood idly by.

Now, in another letter to President Obama, Democratic congressional leaders are making a forceful request for all members of Congress "to have a comprehensive understanding of what the U.S. Intelligence Community knows":

Specifically, we are requesting a classified briefing that will provide details regarding Russian entities’ hacking of American political organizations; hacking and strategic release of emails from campaign officials; the WikiLeaks disclosures; fake news stories produced and distributed with the intent to mislead American voters; and any other Russian or Russian-related interference or involvement in our recent election.

Along with my colleagues today, sent letter to @POTUS urging Administration to brief full House on Russian interference in the US election. pic.twitter.com/8cvGtnjd4n

And Reps. Cummings and Eric Swalwell (D-CA), Ranking Member of the CIA Subcommittee of the House Permanent Select Committee on Intelligence (and newly named co-chair of the Democratic Steering and Policy Committee), have announced legislation to create a bipartisan 12-member commission "modeled on the widely praised 9/11 Commission" to investigate Russian cyber hacking.

I & @RepCummings have intro'd #ProtectOurDemocracy Act to create bipartisan commission to investigate foreign interference in US elections.

As Democrats intensify their demand for these probes, Republicans would do well to heed to their colleague Senator Graham's advice:

Here's what I would tell Republicans: We cannot sit on the sidelines as a party and let allegations against a foreign government interfering in our election process go unanswered because it may have been beneficial to our cause.