Home National Devin Nunes is too scared of a 'YouTube gotcha moment' to even...
Support progressive journalism.
Donate today 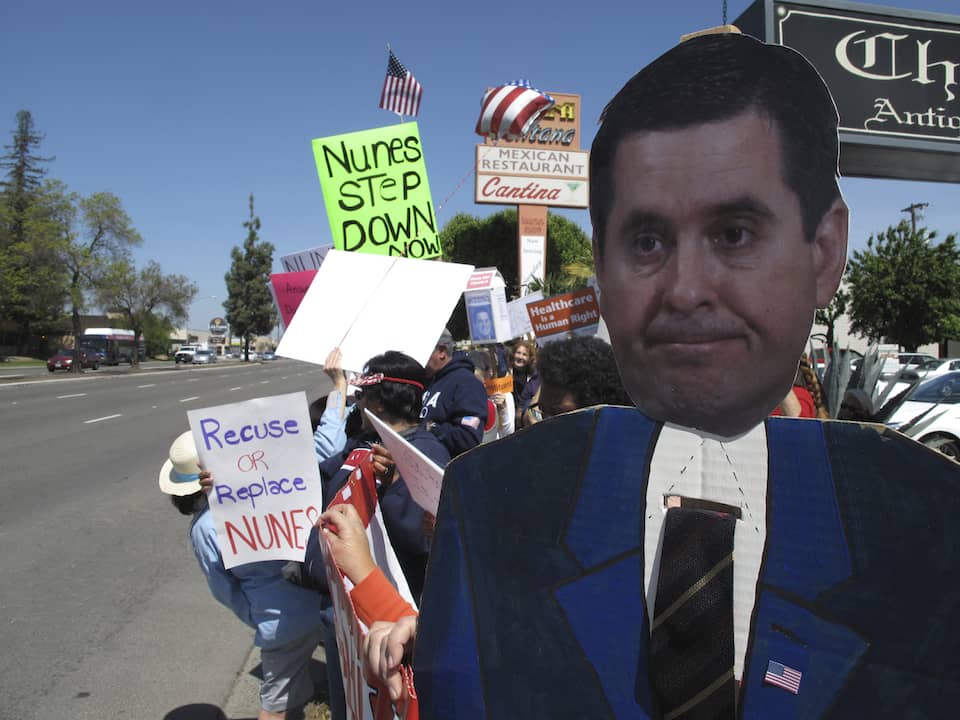 (AP Photo/Scott Smith)
Get The American Independent in your inbox

After his troubled leadership of the House probe into Donald Trump's ties to Russia, Rep. Devin Nunes is now avoiding holding a town hall meeting in his district. But members of the resistance are holding one anyway.

Rep. Devin Nunes (R-CA), chairman of the House Intelligence Committee, is avoiding a town hall meeting with California residents like the plague.

Nunes' sudden shyness follows his controversial leadership on the ongoing probe into Russian interference in the 2016 election, and his decision to recuse himself as an ethics investigation was launched.

Nunes told a local radio station he would not hold a town hall meeting in order to avoid a "YouTube gotcha moment."

In response, the group Central Valley Indivisible is holding a "People’s Town Hall For a Better Future" in Nunes' district. They invited the congressman to appear, but he claimed he had a scheduling conflict, and his office refused to send a member of his staff to appear on his behalf.

Organizer Sophia DeWitt told the Fresno Bee, "We are fed up. We want a congressman who represents all of the district and tries to understand the viewpoints of everyone in the district."

The House Ethics Committee has opened an investigation of Nunes over allegations that he "may have made unauthorized disclosures of classified information." Nunes had a secret meeting with someone at the White House and received information, as part of the campaign to bolster Trump's false allegation that he was "wiretapped" by President Obama at Trump Tower.

As information of the meeting came out and Democrats called for Nunes to step down from the probe of Trump, who he was also aiding, he announced he had recused himself from the Russia probe.

The episode highlighted again the need for an independent Russia investigation, as Republicans continue to sabotage efforts to look into Trump's dealings.

Like Speaker Ryan and other Republicans, Nunes is avoiding facing his constituents, who justifiably want to know why he has chosen Trump over their concerns. But despite his efforts at evasion, an event will occur and questions will be raised. Eventually, Nunes will have to listen.