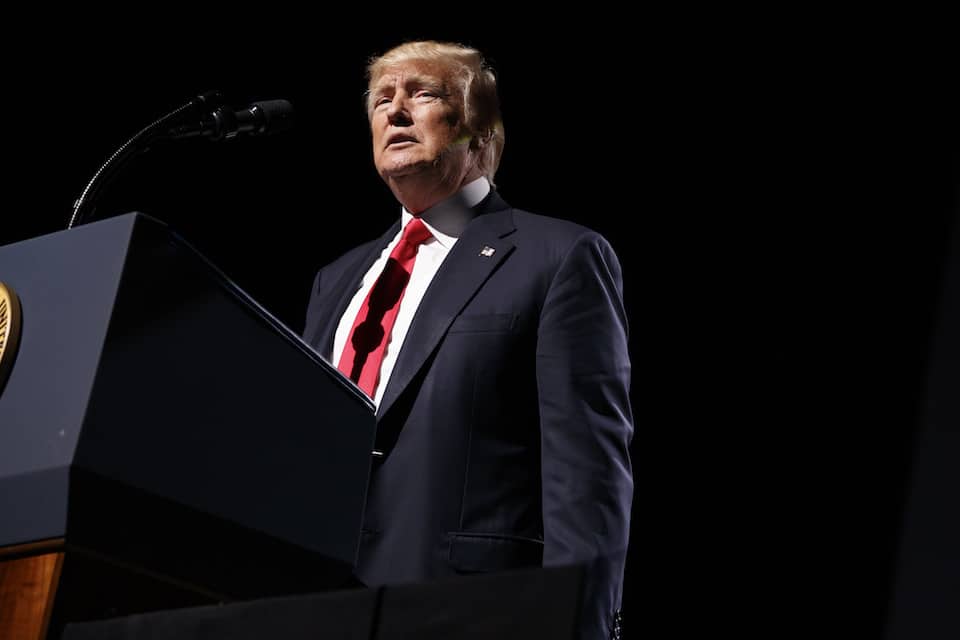 Donald Trump personally invited Philippine strongman Rodrigo Duterte, who has overseen the murder of thousands of his people, to the White House — yet another decision by this president to abdicate America's moral leadership of the world. Duterte declined the invitation.

Donald Trump has invited Philippine leader Rodrigo Duterte to the White House, using the government of the United States to confer legitimacy on an autocrat who has authorized the killing of thousands of people in his country, including children.

The ruthless dictator, however, has said he is unlikely to accept Trump's invitation, claiming he is "tied up" with other travel plans to Russia and Israel and might not be able to make time for the president of the United States.

Thousands have been killed in the Philippines as part of Duterte's response to a drug epidemic in his country. Some 700 of those killings occurred in police operations he authorized, while others are a result of vigilantes he has turned a blind eye to.

He has celebrated and promoted this response, telling the country in his State of the Nation speech:

Double your efforts. Triple them, if need be. We will not stop until the last drug lord, the last financier, and the last pusher have surrendered or put behind bars — or below the ground, if they so wish.

Human rights groups say that since Duterte took office, at least 4,800 people have been killed in conjunction with Duterte's campaign. He ran for office promising to "kill all of you who make the lives of Filipinos miserable."

Duterte has confessed to personally killing three people when he was mayor of Davao City, telling reporters, "I killed about three of them because there were three of them."

Human Rights Watch has documented at least 1,400 killings that took place in Davao under Duterte's tenure, in which death squads were allowed to murder with impunity. Reuters notes those killed were "drug users, petty criminals and street children."

Duterte gave the killings his explicit blessing, remarking, "If you are doing an illegal activity in my city, if you are a criminal or part of a syndicate that preys on the innocent people of the city, for as long as I am the mayor, you are a legitimate target of assassination."

When advance word came out that President Barack Obama planned to criticize Duterte in a one-on-one meeting, he called the president a "son of a bitch," and the encounter was canceled.

He also called Pope Francis the "son of a whore" when he visited Manila.

This is not Trump's first dance with Duterte. After he won the election, Trump spoke to the strongman and reportedly praised him for his bloody tactics.

Meanwhile, Reince Priebus, Trump's chief of staff, said on Sunday that the Trump administration was "looking at" ways to crack down on free speech in America.

Locking arms with tyrants, in concert with Trump's own outspoken views on power, is a giant warning sign for the dystopia he would like America to become.