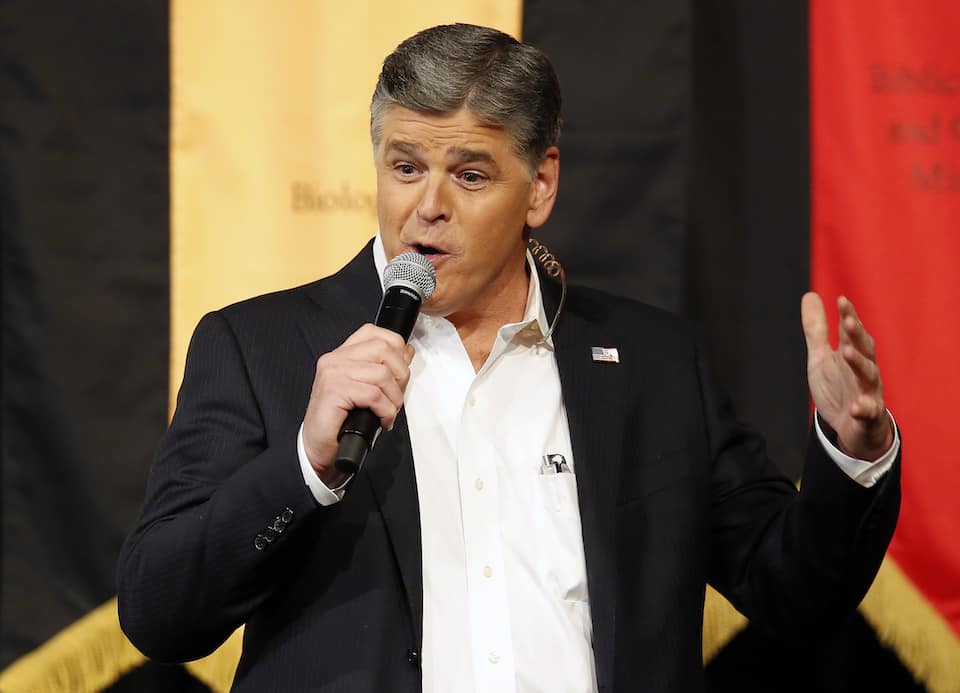 Conservatives promoting conspiracy theories about slain DNC staffer Seth Rich aren't doing anything out of the ordinary for the right. Promoting these types of stories has been part of the Republican playbook for over half a century.

Conservative supporters of Donald Trump like Newt Gingrich and Sean Hannity have been promoting a long debunked conspiracy theory, alleging that the death of DNC staffer Seth Rich was connected to a now-deceased investigative reporter's leaks to WikiLeaks.

Fox News had published a salacious and falsehood-ridden report linking Rich's death to internal DNC messages allegedly found on his laptop, which Rich had forwarded on to investigative journalist Gavin McFayden, who in turn sent the messages on to WikiLeaks.

Fox's report declared there was a cover-up occurring between the local police department investigating Rich's murder, the Washington, D.C., mayor's office, and even the FBI.

Police, Rich's family, and reporters have shown these far-fetched claims to be completely untrue, but the sad practice of using this conspiracy to defend Trump's behavior is part of a long-standing pattern on the right.

The modern conservative movement has always marched in lockstep with conspiracy theories. The 1964 campaign of Senator Barry Goldwater, who lost in a landslide, was the cause célèbre of the John Birch Society types of the right, who believed in a global conspiracy that controls the world — often via fluoridated water.

When Goldwater's campaign died, the conspiracy theorists lived on, surfacing from time to time with the ill-fated presidential efforts of racist Richard Nixon aide turned media pundit Pat Buchanan, who railed against the global conspiracy with an occasional nod towards anti-Semitism.

With President Bill Clinton's election in 1992, conspiracy theories on the right broke into the mainstream of conservative Republican life. Soon, lists of people that the Clintons supposedly ordered killed were widely circulated on the right. Every half-baked tale about the Clintons was given a newer, broader audience — and the launch of Fox News in 1996 put the right's conspiracy machine into overdrive.

Within a few years, Fox was a reliable partner in disseminating absurd tales about the Clintons, and later the Obamas. If you were a viewer of Fox or other conservative media over the past decade, you were told that President Barack Obama was raised in an Islamic madrassa, was a Communist, believed in Sharia Law, and of course, was not born in the United States. This is all false, but it is what conservatives do.

Trump became the conservative standard-bearer not by being a stalwart advocate of conservative economic or social theory, but by being the most visible of the birther conspiracy theorists. He appears to believe any and all of the crackpot-generated storylines of the right, and has surrounded himself with advisers — formal and informal — who spread this nonsense.

Steve Bannon, Trump's top strategist and leader of the so-called "alt-right" white nationalist movement, promoted many conspiracy theories, like the supposed rise of Sharia Law in American Muslim communities, while he ran Breitbart. Trump adviser Roger Stone has written books claiming Lyndon Johnson had John F. Kennedy killed, and Alex Jones — who is a Trump devotee of the highest order — is America's leading conspiracy theorist and has promoted the repugnant lies that the Sandy Hook school shooting was fake and that 9/11 was pulled off by the U.S. government.

The invocation of Seth Rich's tragic death as part of a conspiracy theory is not an aberration for the right. It is their lifeblood, part of the way they operate and central to what they do.