Home National 'Do the women get to talk around here?' Nancy Pelosi smacks down...
Support progressive journalism.
Donate today 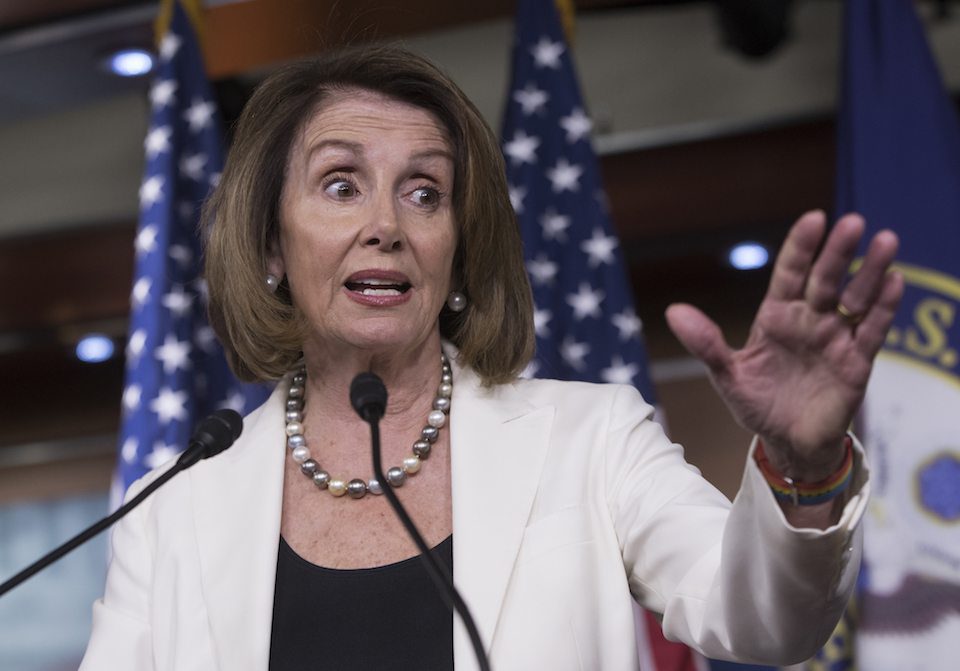 If Donald Trump suddenly wants help from Democrats in getting key items passed through Congress, that means the Trump White House has to deal with strong Democratic leaders, like Nancy Pelosi.

And during a recent meeting there, the House minority leader made it clear she wasn’t going to play by the administration’s preferred, male-dominant approach.

From a Washington Post dispatch on how the closed-door negations unfolded:

At one point, Commerce Secretary Wilbur Ross asked, “What exactly does the president get out of this deal?” As Pelosi, the only woman at the table of 11, tried to make her point — that the president gets the cooperation of the Democrats, which he will likely need on a host of issues — the men in the room began talking over her and one another.

“Do the women get to talk around here?” Pelosi interjected, according to two people familiar with the exchange.

There was, at last, silence, and she was not interrupted again.

Again and again the Trump administration, as well as the larger Republican Party, has moved aggressively this year to lock out women’s voices.

Trump has nominated 42 U.S. attorneys so far, and 41 of them are men, which represents a stunning step backwards for women.

Just this week, the Presidential Advisory Commission on Election Integrity, led by Mike Pence, held a public forum in New Hampshire to address the administration’s trumped-up claims of voter fraud. Twelve witnesses testified, and they were all men.

In July, it was revealed that that women working at the White House face an enormous pay gap, the type that would have been more common in the early 1980s, when American women were paid 35 percent less than men.

Of the top 101 paying jobs in the Trump White House, 73 percent were held by men, according to a study by the American Enterprise Institute.

When Nancy Pelosi goes to the Trump White House, she makes sure that she gets heard. Other women aren’t so fortunate.