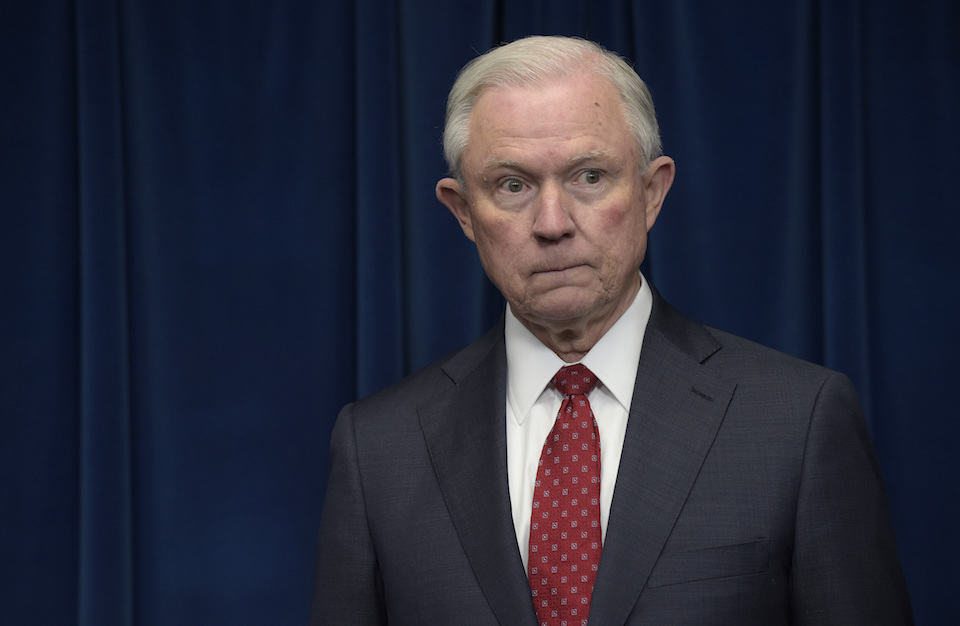 A career DOJ official is resigning after the Trump administration announced it would no longer defend the Affordable Care Act's protections for Americans with pre-existing conditions.

A senior official at the Department of Justice (DOJ) has resigned in the wake of the Trump administration's controversial decision to advocate for striking down the Affordable Care Act's (ACA) protections for Americans with pre-existing conditions.

The DOJ official, Joel McElvain, submitted his resignation letter on Friday, the morning after Attorney General Jeff Sessions announced that the administration would argue in court that key parts of the ACA, including consumer protections for those with pre-existing conditions, are unconstitutional.

McElvain's departure "highlights internal frustration generated by the decision," according to the Washington Post, which first reported on his resignation late Tuesday afternoon.

He worked at the DOJ for over 20 years.

When the DOJ said last week that it wouldn’t defend the ACA's protections for Americans with pre-existing conditions, it broke with decades of historical precedent by refusing to uphold existing federal law.

In defending the extraordinarily unusual move, Sessions said the DOJ had adopted the position with Trump's explicit approval.

Besides breaking precedent, the decision also reversed "years of legal work McElvain and the Justice Department had performed on the issue," the Post reported.

According to the paper, McElvain — described by DOJ employees as an "expert lawyer" and a "well-liked boss" — led a team that defended the ACA in court battles. He and his team were honored for their work in 2013 with the Attorney General’s Award for exceptional service.

Coworkers of McElvain described his resignation as a "gut punch" and a "big blow to the morale" of the agency.

"It’s a lot of institutional knowledge and a great deal of experience walking out the door," one former DOJ official told the Post.

The DOJ's filing last week came in response to a case brought by a coalition of 20 Republican-led states. The lawsuit contends that the ACA’s individual mandate requiring most Americans to have health insurance is unconstitutional because it was struck down by Republicans in Congress.

By extension, the states also argue that the rest of the law — including the provision banning insurers from discriminating against people with pre-existing conditions — should no longer be valid, either.

The DOJ largely agreed with the GOP-led lawsuit — a decision that could imperil insurance coverage for an estimated 52 million American adults under the age of 65.

Despite their vocal support for dismantling the ACA, Republicans have remained silent as the Trump administration moves to take us back to the days when people could be priced out of the insurance market for something as simple as acne or as common as pregnancy.

They don't need to say anything, though — their silence speaks volumes.