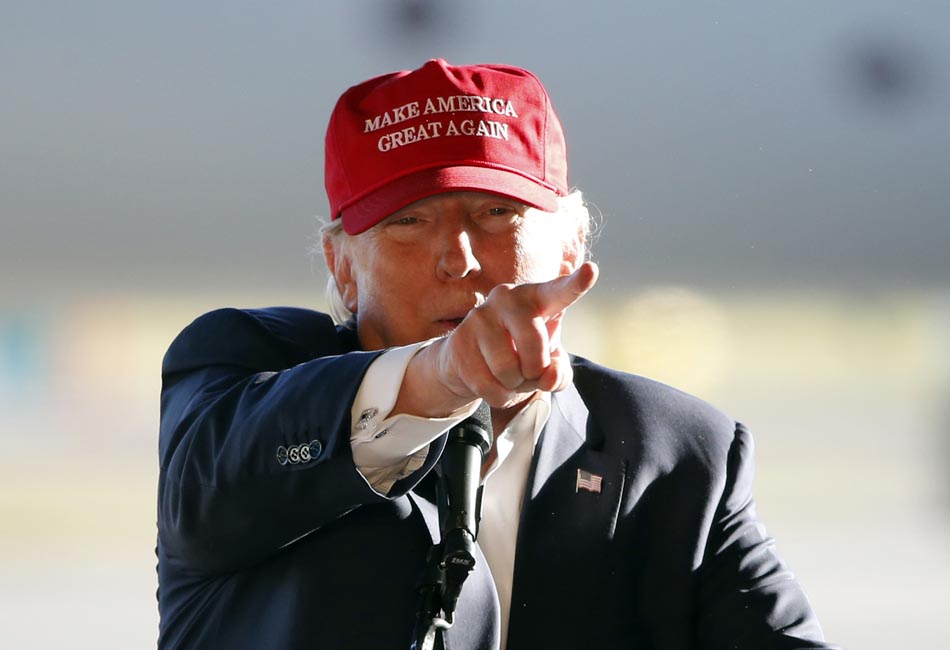 Donald Trump on Wednesday urged his supporters to boycott the largest American tire manufacturer, threatening thousands of jobs during a time of 10% unemployment.

"Don't buy GOODYEAR TIRES," Trump tweeted. "They announced a BAN ON MAGA HATS. Get better tires for far less! (This is what the Radical Left Democrats do. Two can play the same game, and we have to start playing it now!)."

Trump was angered by news reports that the Ohio-based tire and rubber company has instituted a zero-tolerance policy for "politically affiliated slogans or materials" in the workplace.

Goodyear employs around 63,000 people around the world, including thousands in the United States. The company is headquartered in Akron and operates 17 other facilities in 12 different states.

A company spokesperson emailed a statement that noted: "Goodyear has zero tolerance for any forms of harassment or discrimination. To enable a work environment free of those, we ask that associates refrain from workplace expressions in support of political campaigning for any candidate or political party, as well as similar forms of advocacy that fall outside the scope of racial justice and equity issues."

Trump's tweet comes at a time when millions of Americans are out of work due to the coronavirus pandemic and Trump's failed response. As of July, more than 10% of the U.S. workers were unemployed.

With most of Goodyear's competitors based outside the country, Trump's call for a boycott hardly backs up his stated support for the "Buy American and Hire American" principles once he called "the core" of his agenda.

"It's absolutely despicable that the President would call for a boycott of an American company, based in Akron, that employs thousands of U.S. workers," Democratic U.S. Sen. Sherrod Brown of Ohio tweeted on Wednesday afternoon, adding, "Keep in mind, this is a President who spent years making his own Trump-branded products overseas."

This is not the first time Trump has gone after American companies that he dislikes. He has demanded higher postal rates for Amazon and claimed the online retail giant was "doing great damage to tax paying retailers." He also threatened to "tax like never before" Harley-Davidson after one of his trade wars pushed the company to say it would move some motorcycle production offshore.

According to the Center for Responsive Politics, Goodyear's corporate political action committee has given 61% of its donations this cycle to Republican candidates, compared to just 39% to Democrats.

Updated with a statement issued by Goodyear.