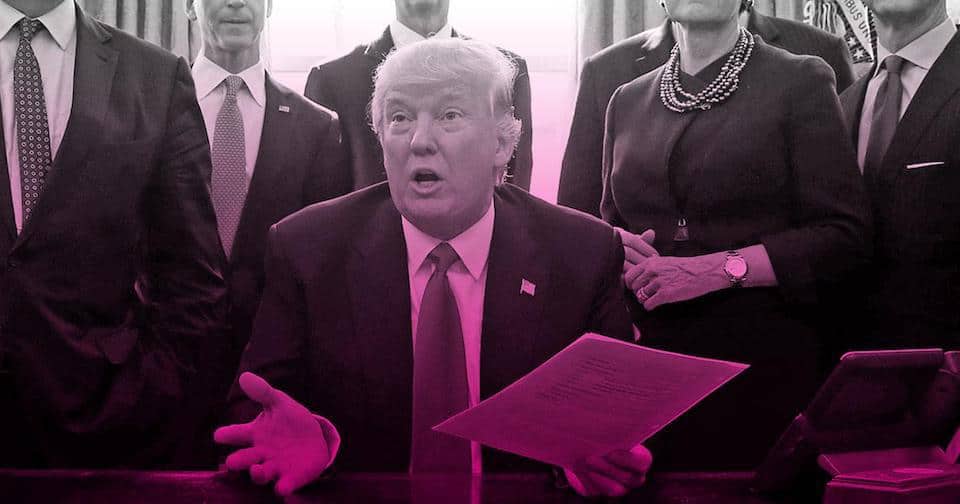 Planned Parenthood Action Fund
Get The American Independent in your inbox

Donald Trump and congressional Republicans have been too embroiled in their internal civil war to accomplish any of their ambitious and dangerous legislative goals. Until now. Because the one thing they can all agree on is their war to undermine reproductive health care and education — and the president just signed a bill to do exactly that.

Donald Trump and his fellow Republicans swore they would immediately repeal Obamacare and replace it with, as House Speaker Paul Ryan vaguely describes it, "a better way." But their attempt to do so was a colossal failure, with the president openly declaring war on House Republicans who did not want to go along with his rushed and irresponsible "replacement" plan.

What they all could agree on, though, was gutting access to family planning for millions of Americans.

After Mike Pence was summoned to cast the tie-breaking vote in the Senate on the bill to gut Title X — a federal funding program for non-profit organizations that provide family planning services and information — Trump signed the bill on Thursday, emboldening states that try to block access to health care, particularly at Planned Parenthood health centers, which provides basic health care, including family planning, to millions of Americans every year.

“People are sick and tired of politicians making it even harder for them to access health care, and this bill is just the latest example," Executive Vice President of Planned Parenthood Federation of America Dawn Laguens said in a statement. "Four million people depend on the Title X family planning program, and by signing this bill, President Trump disregards their health and well-being."

The Republican war on Planned Parenthood and women's health was started by Pence, when he was a member of Congress, and was the first to introduce a "defunding" bill. He repeatedly vowed, throughout the presidential campaign, that attacking the health care organization would be a top priority for the Trump administration.

And now they have followed through with their threat. This, despite the fact that countless polls have shown for years that the majority of Americans support Planned Parenthood and access to the health care and education it provides.

Attacking Americans' access to health care is not popular for Republicans, and this is a bad move the resistance will fight hard to make them regret.